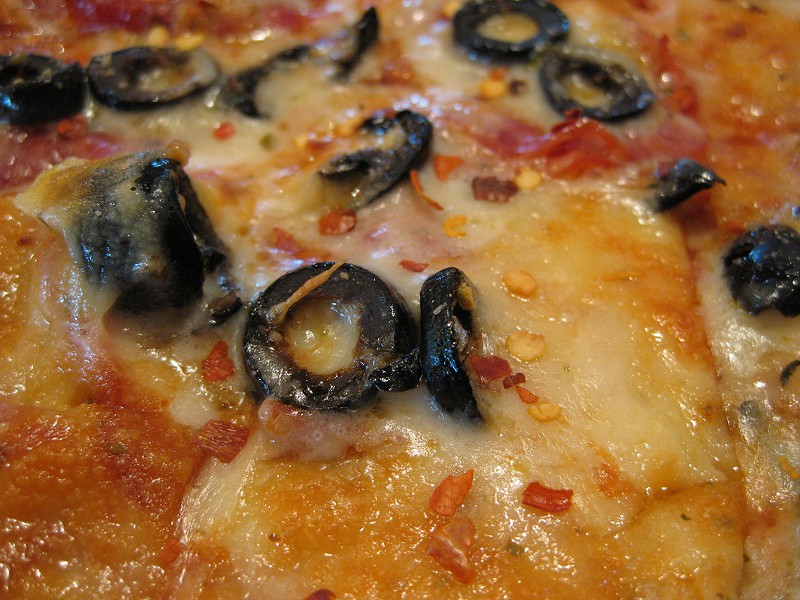 Shit, they’re onto us. The whole world has been trashing St. Louis-style pizza for decades, but here in the Lou we just munch away and wonder why anyone would try to create drama over the simple joy of shoveling something so tasty into our mouths. They're haters, we've long said, and that just leaves more for us to eat!

But now it seems that Atlas Obscura has divined the truth. The travel site posted a story claiming that St. Louis-style pizza, with its thin yeast-free dough and usage of Provel (which, “legally-speaking, isn’t even cheese”), is really just nachos.


For those who have a hard time accepting pizza they don’t understand, consider this theory: Perhaps St. Louis–style pizza, with its crisp crust, fake cheese, and hefty supply of toppings is actually more similar to nachos than pizza.


Serious Eats was on top of this conspiracy theory years ago, pointing out that the square-cut of St. Louis-style pizza makes it even more nacho-like, noting that “unlike standard pizza, you don't have to commit yourself to more than a bite at a time. Just lean in, grab a square, down it, and lean right back to enjoy the game.”

Atlas Obscura confirms it ... and even points out just how tasty our native pie can be once you're in the right mindset:

With a little change in expectation, by the time you pull that second gooey, square-shaped slice from its box, the technicalities of traditional pizza might be the furthest thing from your mind.

But if St. Louis-style pizza is really just nachos that you can have cheaply and safely delivered right to your door when you're drunk then we have just one question: What’s the problem?

Yep. Nachos on demand is the dream scenario for many Americans, and we St. Louisans get to live it. So don’t be jealous hater, just pass the red pepper flakes and hoist up a square.

Now if you'll excuse us, the nacho delivery man is arriving.