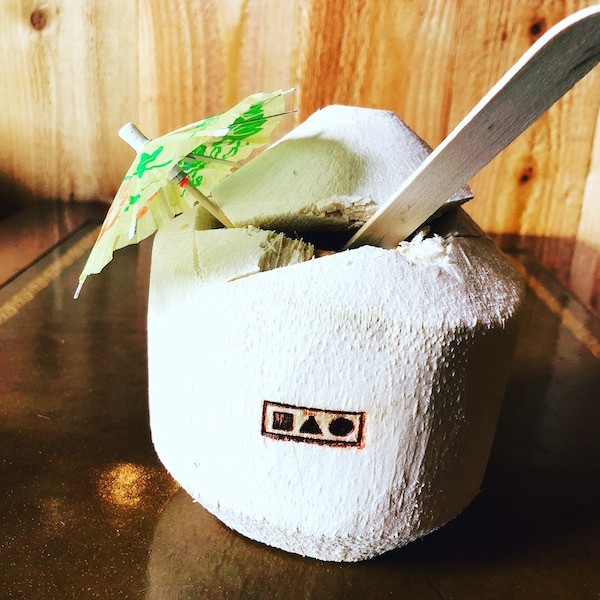 Craft cocktails and Clayton aren’t exactly synonymous with one another; the upscale dining enclave is known more for great wine lists than out-of-the-box cocktail creations. Enter the BAO (14 North Central Avenue, Clayton; 314-899-9098), a restaurant that combines Eastern and Western cuisine with the steam bun as the focal point. Since the opening in May when they were only serving breakfast and lunch, a lot has changed: The owners have added happy hour, dinner service and one behemoth of a cocktail program to boot.

The website now bills the establishment as "the BAO 'Bun and Bar,’" and after just one visit you will see why both deserve top billing. Housed in the former Central Table location, the interior has gone through a sleek makeover with the bar as the focal point, making it a great place to start your journey into one of St. Louis’ most extensive cocktail lists, over a decade in the making.

General Manager Benjamin Bauer, the well-known mixologist behind the Libertine (R.I.P.) and formerly of Farmhaus, Elaia and Olio, heads up the front of the house, and his influence on the bar is evident from your first sip. “We have a fairly extensive program and it’s one I have been building for a long period of time,” he explains. “The list is half original recipes from the last decade of my career, and the other half is a nod to bartenders all over the country doing things I admire.”

Deceptively, the cocktail list starts with a small roster of eight “featured cocktails” — as it turns out, that's just an appetizer to a binder with more than 100 choices. Indecisive types beware: Perusing the roster of cocktails — each with its own quirky name and unique ingredients — is a discovery process all on its own.

The personality of the menu and the creativity of the cocktail names make reading through the ledger an amusing experience. With names like “Lou Reed Discovered Gravity,” “Good Like Goldblum” and “A Crocodile in a River of Desire,” they almost dare you to try them. Broken down into five sections (Escapism, The New Class, Ancestrals, Perennials, and Explorators), the menu is a labor of love by Bauer and head bartender Matthew Koch. 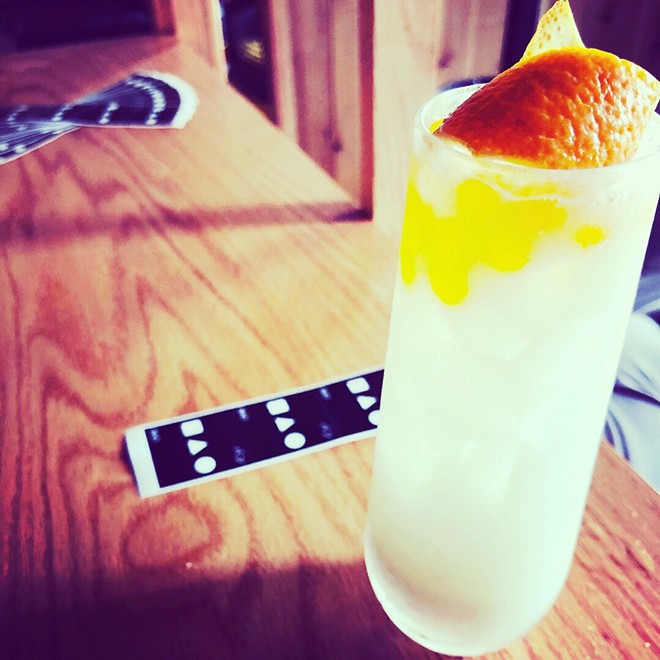 “Escapism” consists of tiki cocktails and island-style drinks. “Bikini Etymology” is served in a coconut, complete with a little pink umbrella and enough tequila to get you in the island spirit. The “New Class” are the new classics, where you will find more of the usual suspects but with small variations. “Tommy’s Margarita” is smooth and easy to drink, made with simple ingredients: Cazadores Reposado, lime, agave, and salt. Its namesake is Tommy’s Mexican Restaurant, a San Francisco establishment known for its tequila selection and excellent margaritas.

Moving into the heart of the menu you will find “Ancestrals,” which feature Prohibition-era cocktails, like the standout “Corpse Reviver #2” with its combination of dry gin, lemon, Lillet Blanc, Dry Curaçao and absinthe.

But the last two sections are where things get really interesting, with the “Perennials,” five cocktails for each season that you can try year round, and the “Exploratory,” which pushes the boundaries of the cocktail imagination. The Exploratory drinks “delve into the avant garde, but with the intent of being approachable but presented in a wild way,” says Bauer. And both Koch and Bauer are excellent stewards for those wanting to try new concoctions and leave caution to the wind to try a “PB&J with a Baseball Bat” (jelly-infused vodka, lime and salt in a “peanut-butter-washed glass”) or the “Boba Fett’s Napsack, Improved” (tequila, lime, Topo Chico, blueberry boba, blueberry bubbles).

BAO is pushing the boundaries with both cuisine and cocktails, and is a welcome addition to the sometime stale Clayton scene. Coming up is the addition of a sake program, which will include curating rare sakes not currently found in St. Louis.

It’s all coming together according to a plan Bauer has had in mind for quite some time. Even when the restaurant was nothing more than a concept, Bauer knew he wanted the evening focus to be around the cocktail program: “I wanted to create a sizeable list that you haven’t seen in the St. Louis area before.” In BAO, Clayton has found its new spot for cocktails and the region has gained a much-needed cocktail bar beyond the city limits.