Lisa and Armin Grozdanic, the owners of Yapi Mediterranean Subs and Sandwiches, only closed their two-year-old cafe on Kingshighway a month ago, but to hear their loyal patrons tell it, it's felt like a veritable eon.

They've called. They've messaged. They've tracked down the Grozdanics at their soon-to-open new location, which is just about a mile southwest of the original, on Hampton near Loughborough.

"Every day we've worked on this place, people have knocked on the door," says Lisa of the new location. "'I've been watching you guys every day; when are you going to be open?' Those are the new customers. And with our existing customers, they're really missing us." The last month Yapi was open was Ramadan, during which many regulars fasted during the day — something that's made the forced separation even harder. "Now they're going on two months without us," Lisa laughs.

Fortunately for Yapi's many fans, however, that long wait appears to finally be over. On Wednesday, the Grozdanics got the sign-off from the city to open the new Yapi Mediterranean Subs and Sandwiches (6413 Hampton Avenue). With a health inspection this morning going equally well, the Grozdanics say they're committed to a Saturday opening.

The move wasn't really their idea, but all fell into place so quickly it felt like destiny. Earlier this year, they learned their landlord had put their building on Kingshighway up for sale. They decided their best move was to find a new place ("We don't like surprises," Lisa says). The former home of Cafe Korzo quickly beckoned. "The for-sale sign went up on Friday, and on Saturday after I got off work, my husband said, 'They put Corzo's up for rent,'" Lisa recalls. The rest is history. 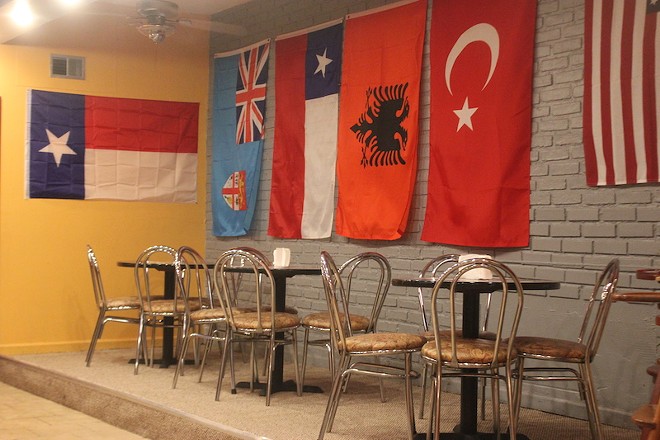 In the month that the Grozdanics have had possession, they've worked to put their stamp on the low-key cafe — new lighting, new carpeting and a thorough cleaning. "It needed a whole lot of TLC," Lisa says. That's even though Armin suffered a freak accident in June, being struck by a pedestrian who ran out into traffic while he was on his motorcycle. ("He ran into me like a deer!" Armin marvels.) The accident cleaned out their savings and complicated what should have been a pleasant month of transition.

But they're feeling good about the opening now, and they promise that what people loved about the original Yapi will stay the same. The same galley of flags that mark various places of significance to them, from Bosnia to the Philippines, takes a proud spot on the new walls. Their prices remain as reasonable as ever. And they're offering the same menu, which includes both Bosnian and American classics and 100 percent halal meat.

The chance to eat American-style dishes like hamburgers prepared with halal standards has been a major draw, the Grozdanics say. "Most halal restaurants only serve authentic things," Lisa explains. "You can't go to a Palestinian restaurant and get an American cheeseburger. They'll look at you like you have twelve eyes." At Yapi, which comfortably reflects both Lisa's American upbringing and Armin's Bosnian heritage, you can have it both ways.

And you can also get Bosnian food that's as authentic as it comes. On Sundays only, Armin's mother Sabiha Grozdanic, who was well-known in their Bosnian town as a great cook, takes over the kitchen, offering her signature pita. "When people know she's cooking, everyone comes in and buys it," Armin says. And naturally, that's become part of their customers' lament: "When is the restaurant opening? I need your pita!"

They're ready. And not a moment too soon. After one month of just working her day job and assisting with cafe renovations, with no customers to serve, "I'm getting stir-crazy," Lisa laughs. 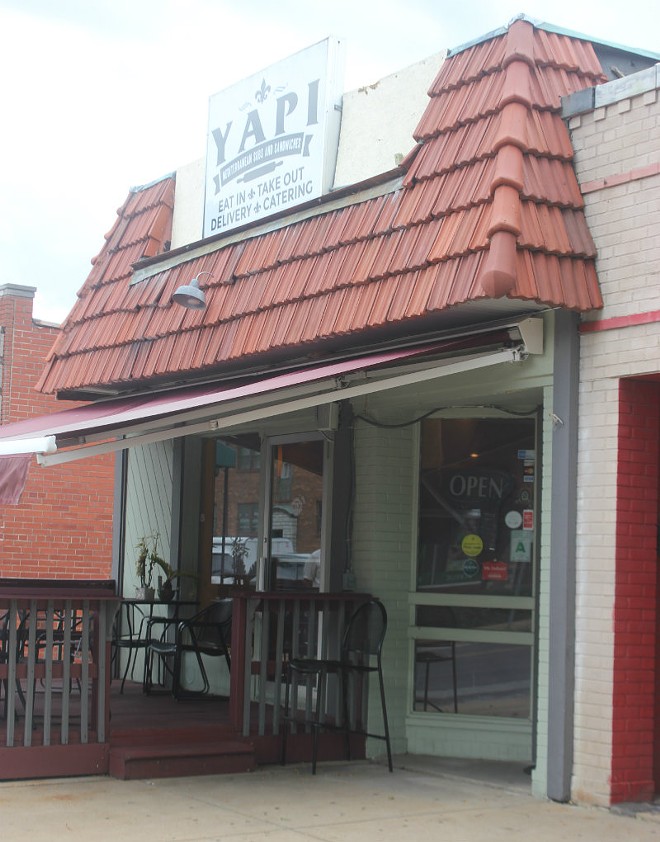