Gringo Will Return, with a New Location Downtown 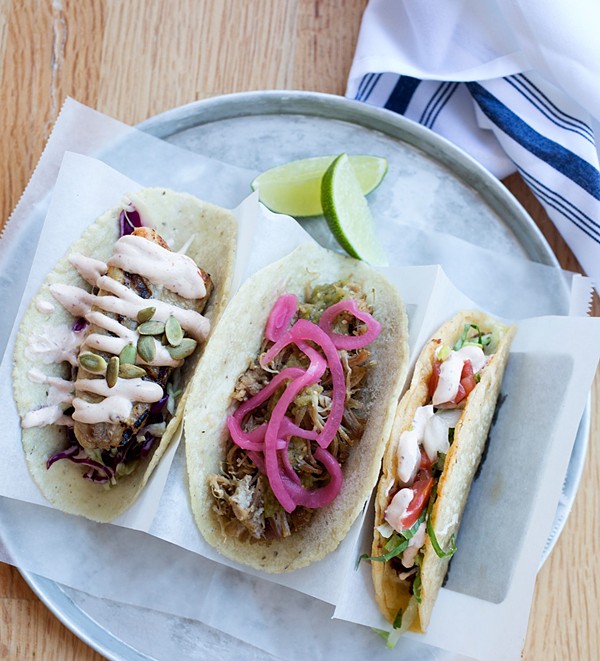 Two years after it closed in the Central West End, Gringo is plotting its triumphant return, with owner Chris Sommers saying he'll open a new location of the beach-vibe taco shack Downtown later this year.

The new location will be at 635 Washington Avenue, in the Laurel building. That's part of the MX Center, where Sommers' Pi Pizzeria is perpetually busy, and on the ground floor of the Embassy Suites Hotel, which caters to conventioneers (the convention center is just across the street).

Chef Cary McDowell, who was originally involved in the concept, will be a co-owner.

“From the first morning we woke up with no Gringo, we missed it dearly, and the operating team and so many friends and fans have asked us whether we might consider another location someday. That someday is now, or at least later this year,” Sommers said in a prepared statement. “I can’t say that I worked for this timing, but when the opportunity arose to open at what I consider the best corner in St. Louis, we had to move on it.”

The partners hope to be open by this fall.

“When this space opened up, we knew we had to get the band back together,” McDowell said. “I’m so excited to work with some really talented chefs we’ve assembled to round out the ownership and culinary team."

Sommers and McDowell said they couldn't divulge that team just yet, since some staffers will need to leave their current employers. But, McDowell promises, "They’ve already worked on some really innovative improvements to a menu I was already proud of. We’re not messing with many of the Gringo favorites, but we’ll definitely have some new items and enhancements that we hope will draw some original Gringo fans and new guests downtown.”

The original Gringo opened in 2013 in the former home of Rothschild's Antiques, in one of the loveliest corners of the Central West End. It retooled its menu after receiving some initial criticism, but was sold after three years to the Tilford brothers' Mission Taco Joint, which remains on site today.