Kelso's Bar Has Closed, Will Become Zephyr, a Bar/Salon 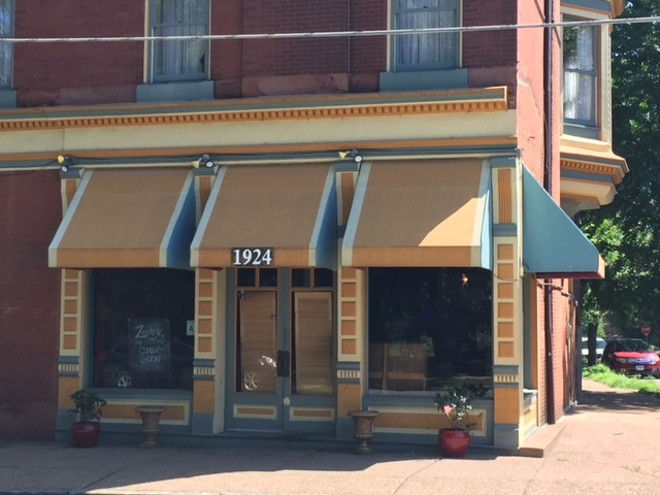 The Benton Park space best known as the long-time home of the Filling Station (1924 Pestalozzi Street) is about to become something new: a beauty salon that doubles as a full bar.

The Filling Station closed last July after nineteen years. Owner Colleen O'Connor sold to Jim Kelso, who reopened just a few weeks later as Kelso's Bar & Venue. But even though Kelso oversaw a renovation of the place, closing last fall for a time to facilitate the work, the bar's new identity didn't even last a year. It quietly closed its doors in recent weeks, and a sign in the window confirms it will soon see new life as Zephyr Salon + Beauty + Bar.

Owner Natalie Harvey says the salon will incorporate a full bar — and yes, it will be open for drinks even after the the stylists head home. "We also sell wine to-go for the neighbors," she says, "and have a product line made in-house that contains bath bombs and lotions, and continues to grow!"

That concept originally opened in 2010 in the Grove. It was originally known as Arco Hair Company, after the street off Manchester that was its home, but later became Zephyr Beauty Salon + Distinctive Wines.

As its website explains, "As the years and the area started growing itself, the salon needed a face lift. Adding the wine bar/boutique, manicures, makeup, and a facial room, the name Arco Hair Company didn’t seem to fit anymore, so the name changed to Zephyr. The ambience when you walk into our place is not meant to look like a salon, but instead a lounge with comfortable chairs or a bar to sit if you have work to do while you wait." Now it's new name will reflect that it's not just a salon with a wine bar — it's a salon with a bar by day, and a full bar by night.

So long as it can get all the necessary licenses transferred, Zephyr hopes to be open within the month, Harvey says.