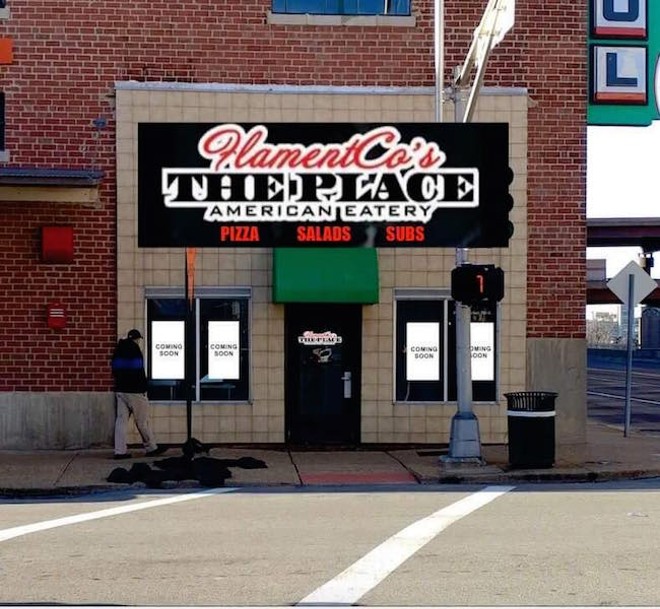 Three years ago, Cory and Brittany Flament followed their longtime dream and opened a pizza and sub shop in O'Fallon, Illinois. Now the couple is getting ready to make it two — with Flament Co's the Place American Eatery (418 S. Tucker Boulevard) preparing to open its second location at the corner of Tucker and Spruce.

Cory Flament is a lieutenant on active duty in the U.S. Navy. He became familiar with the location, which is part of the U-Haul building three blocks from Busch Stadium, while he was stationed at the nearby federal building. Currently stationed at Scott Air Force base, he says he and his wife often hear from people who wished they had a location closer to the city.

"People always said, if you had a restaurant near us, we'd come more often," he says. Now they've got no excuse.

Not that they'll want one. The couple's huge New York-style slices have developed a cult following in the Metro East, with a big following on Facebook. They come by their interest in the style of pizza honestly — Cory was born in Brooklyn and Brittany in Utica.

Traveling around the world for Cory's career, the couple made a vow: "No matter where we end up next, we'll follow our dreams and open a restaurant." Says Cory, laughing, "We said we'll figure out the rest from there." 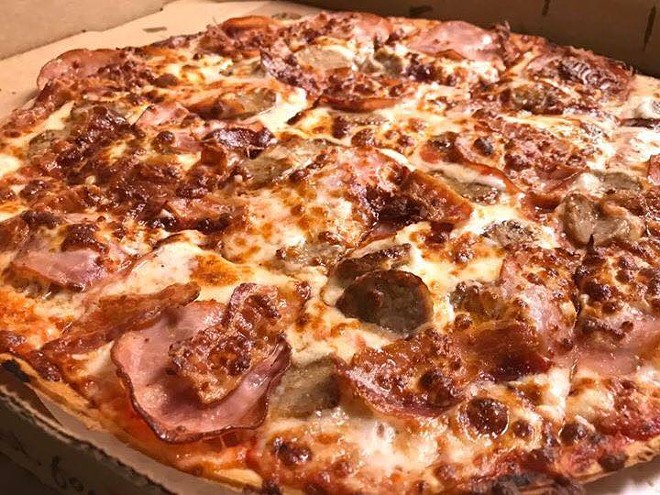 In addition to pizza available by the slice or the whole pie, the restaurant will offer salads and subs, with options for either a six-inch or a footlong. (Think: housemade meatball subs, a tuna, an Italian, a "big beefy classic.") A $10-inch, any topping pizza will be just $10.

The 2,000-square-foot space they're leasing from U-Haul wasn't previously a restaurant, so it required a fair amount of renovations, including building out a kitchen, Flament says. It should now seat about 40 to 45, with fast-casual counter service.

They hope to be open by mid-July. They aren't getting a liquor license just yet, but say that will be in the works within about a year.

Editor's note: A previous version of this story gave the wrong corner for Flament Co's new location. It's Tucker and Spruce, not Tucker and Pine. We regret the error.