Twisted Roots, Open in Midtown, Wants to Be Your Neighborhood Bar 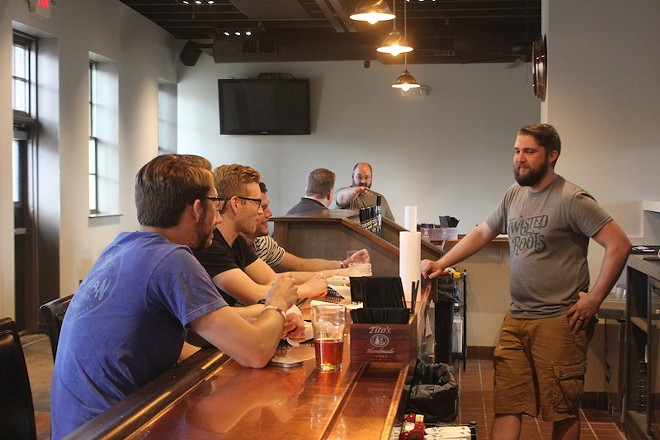 First things first: Do not approach Twisted Roots Brewing Co. (3690 Forest Park Avenue, 314-449-6363) expecting craft beer snobbery. There is no talk of Belgium or Munich here. The brewers have no distribution dreams. And if you want an American-style lager — something that may remind you of, say, Budweiser — they've got one of their own on tap.

They're proudly offering something for everyone, not unveiling their vision of what great beer should be.

"We are not a brewery," explains co-owner Kris Wangelin. "We are a bar that makes our own beer."

Indeed, Twisted Roots — which quietly opened its doors on May 17 — has a markedly different vibe than many other St. Louis breweries. Rather than a small handful of taps, designed to show mastery of a particular style, Wangelin and co-owner Adam Patterson intend to demonstrate a dizzying range. They've got no less than fourteen taps, all of their own beer, and intend to keep changing things up as they go.

They're also offering a small but comprehensive menu, including a handful of bar food, smash burgers, salads and sandwiches, all for $10 or less. And if you want a glass of wine, or even a shot of Fireball — hey, they'll pour either, the latter for just $3 every time a fire engine races by, a tribute to the firehouse just down the street. It's a big change from the serious, beer-exclusive approach shown by many breweries. 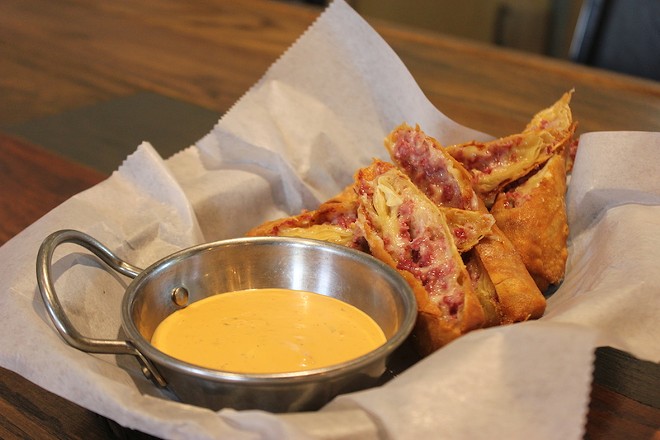 The pair see themselves as the wave of the future. As the craft brewing market becomes more saturated, the idea of becoming the next Schlafly an unlikely dream for all but the most fortunate, they believe more brewers will get back to what motivated them in the first place: serving customers, and talking about beer.

"It's become a rat race," Patterson says of the craft beer scene.

The two would know. They originally met when Wangelin was working at a home-brewing shop frequented by Patterson — even as Patterson worked at a bar that Wangelin liked to visit. Eventually, both ended up working at 4204 Main Street Brewing in Belleville, which Patterson says has been one of the fastest-growing breweries in the Midwest in recent years.

"We were working 80-hour-plus weeks," he says. "What we weren't doing was brewing for fun."

Still, both say the experience was invaluable. They learned a ton. Setting up an operation like Twisted Roots with its four-barrel system, Patterson says, feels like going back to the minor leagues after a run in the majors. "You don't lose the fundamentals," he points out. "You're maybe just able to have a little bit more fun."

He adds, "Having a bar is why I got into brewing."

To that end, everything about Twisted Roots is designed with friendly conversation in mind. The partners (along with co-owners Rick and Sandy Patterson, who happen to be Adam Patterson's parents) took down the big dark booths that cordoned off tables at Pappo's, the pizzeria previously on site, and repurposed the wood into communal tables. They also renovated the bar so that the taps are front-facing; that way, the bartender can pour a draft without having to turn his back to the customers.

There are no servers, but the kitchen (helmed by Carlos Hayden) keeps the food coming quickly if you put in an order with the bartender. There's room for about 50 people on the main floor; they hope to open a second floor too for overflow, as well as a patio outside come fall. 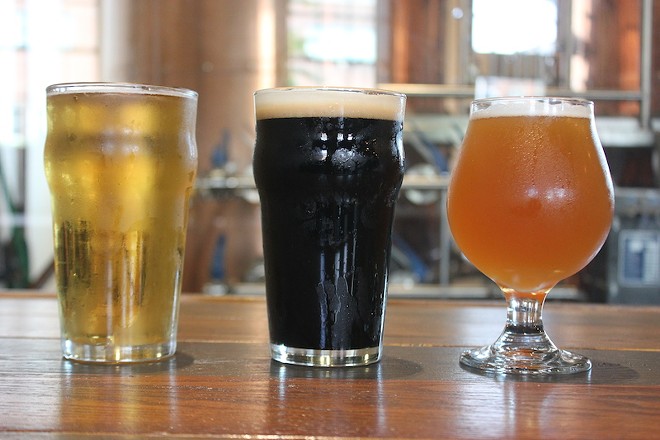 During months of construction (and as they brewed all those beers now offered on their taps), Wangelin and Patterson very consciously kept the doors unlocked. The neighbors who got in the habit of stopping by to check up on their progress are now among their customers. There are many loft-dwellers living in walking distance, they say, in addition to college and grad students, and so far, the idea of a neighborhood bar has proven quite popular.

The partners happily finish each other's sentences as they explain their philosophy.

Says Patterson, "We'll play games if we need to, but we don't put on the TV for the sake of TV."

"We'd rather have people come over and get to know their neighbors," says Wangelin. "We've got these communal tables for a reason."

"We had some guys in here the other night who all lived in the same building, but they'd never met each other until they came over here," Patterson adds.

"Seeing we're having that kind of impact on the neighborhood already," finishes Wangelin, "is really great." 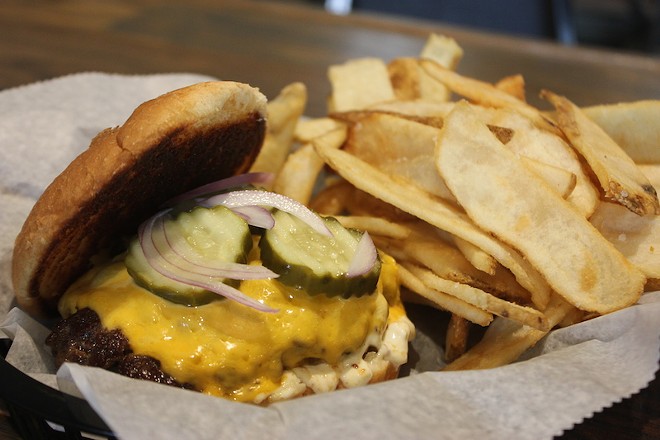 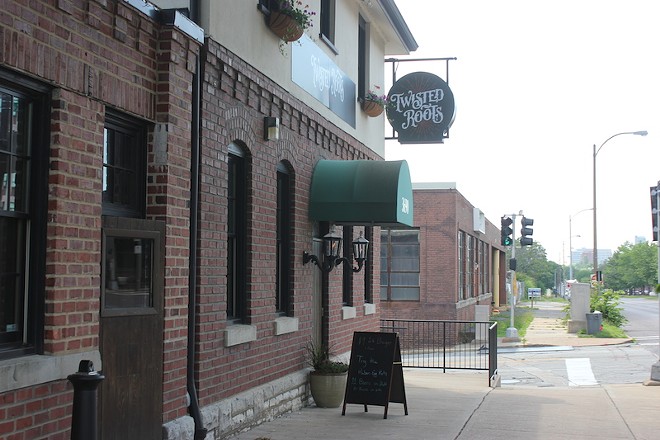