Steve and Veronica Baetje Built Missouri's Top Cheesemaker. Now It Could Be Yours 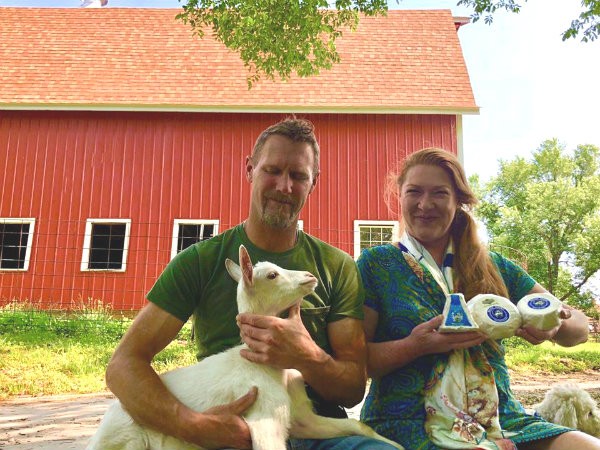 Twenty years ago, Steve and Veronica Baetje bought a goat and her kid for $45 and taught themselves how to make goat cheese. In the years that followed, their creamery, Baetje Farms (8932 Jackson School Road, Bloomsdale; 573-483-9021), became an internationally renowned brand, with goat cheese recognized as some of the best in the world.

Now, the pair are ready for their next chapter.

In a Facebook post last Wednesday, the Baetjes announced that they are seeking a buyer for their acclaimed creamery, offering Baetje Farms as a turnkey business. The asking price for the four-acre Bloomsdale farm and brand, including all equipment and proprietary information such as recipes and techniques, is $1.5 million.

"In 1998 Baetje Farms began with the dream of someday owning our very own successful farmstead artisan cheese company....20 years and more than 70 national and international awards later....Steve and Veronica Baetje are looking for the next successor to elevate Baetje Farms onward to the next level," they wrote.

"It's been twenty years now, and we were like, 'Let's do something more,'" Veronica explains. "It's not that we don't enjoy what we are doing — we just felt like we'd come full circle, and in order for the business to get to the next level, it probably needs to go to a different owner."

Anyone who has dined at the area's top restaurants is likely familiar with the Baetje Farms name, which has become synonymous with high-quality goat cheese. However, its fame spans far beyond Missouri. The Baetjes have been profiled in the New York Times and their cheeses have won more than 70 international awards, including being named a four-time Super Gold winner at the world cheese awards in Europe — a prestigious honor awarded to only 50 of the 3,000 cheeses that enter.

For Veronica, the recognition has been humbling and completely unexpected. "We're just people who like goats and started making cheese," she says. "We're not special."

Though many would disagree with that claim, Baetje Farms indeed has humble — and poignant — beginnings. After Steve and Veronica were married in 1991, they took on the renovation of an old farmhouse, but found themselves burnt out on the project after seven years of backbreaking work. The pair moved to a Mennonite community in Mt. Vernon, Illinois, where they produced all of their own food. Veronica wanted to incorporate dairy into their farming repertoire so she could have ice cream, yogurt and cheese, but cows were too expensive. They settled on goats, and the pair taught themselves cheesemaking and goat husbandry.

Around this time, the Batejes were coming to terms with the fact that they were unable to have children of their own — a reality that was even more difficult to accept in the Mennonite community, where it is common to have large families. Veronica threw herself into cheesemaking as a way to deal with her personal pain.

"It was very healing for me," Veronica says. "We really wanted to have a family but we couldn't. I would take a kerosene lamp and go out to the shed to milk the goats and take care of them. It felt like a way for me to still be involved in the circle of life." 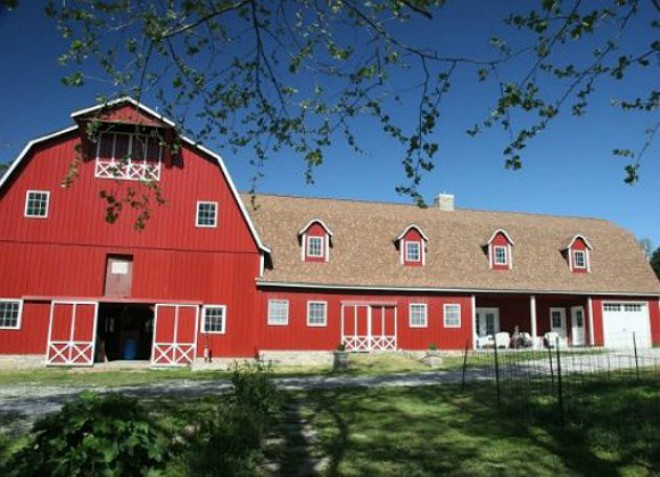 The Baetjes moved from Mt. Vernon to their current address in Bloomsdale in 2005, which is when their cheesemaking operation took off. At first, they thought Veronica would take care of twenty or so goats and Steve would keep his day job in stonework and construction. However, they quickly realized that they had a more than full-time operation on their hands.

As Baetje Farms took on a life of its own, Steve and Veronica went along for the ride, even at the expense of other interests. Now that they have reached the twenty-year mark, they've decided to reassess what they want out of life. As Veronica explains, Steve is a talented stonemason who, together with his sister, would like to get into renovating houses in the St. Louis area. Because the cheese business takes up so much time, he has been unable to pursue that path.

For her part, Veronica wants to remain in cheesemaking, but not in her current capacity. As part of the sale, she is offering to stay on at Baetje as a consultant. She is also entertaining the idea of serving as a consultant for other brands that are just getting started as well as teaching goat husbandry in the developing world.

As for Baetje Farms, she envisions it remaining a top-quality artisan creamery but sees the potential for expanding the operation. "We could see this as a place for agritourism, a wedding venue or a bed and breakfast," she says. "I could also see a French company that wants to get a foothold in the American market being interested. They have experience with expanding production while maintaining the quality of the product. It will be interesting to see who comes forward. "

For now, however, Veronica emphasizes that it is cheesemaking as usual at Baetje Farms. "Some people are acting like we aren't in business anymore and that's not the case," she explains. "We're operating business as normal and seeing this through to the end."