Brennan's (4659 Maryland Avenue, 314-361-9444) confirmed today that it will be opening a second location in Midtown, Brennan's Work & Leisure (3015 Locust Street). But while the original Brennan's is known first and foremost as a bar, even as its offerings have grown to include everything from co-working to a cigar club, the new location has big ambitions from the start.

Brennan's Work & Leisure will initially include a cafe largely focused on grab-and-go offerings, as well as offices for lease and a coworking and event space. Plans are to later add a bar serving beer, wine and cocktails, as well as small plates and some of Brennan's signature offerings.

The office space will comprise the majority of the 6,000-square-foot first floor, as well as a 1,000-square-foot mezzanine, says owner Kevin Brennan. The front-facing portion, which takes up roughly 1,500 square feet, is the area that will be open to the public.

It's situated right in the middle of Midtown Alley, an up-and-coming district that's become a hub for design and marketing businesses.

"We believe Locust Street in Midtown looks a lot like Maryland and McPherson Avenue did when we moved into the Central West End, fifteen years ago," Zach Gzehoviak, Brennan's marketing and events manager, explains.

Three years ago, Brennan's opened the BHIVE, a coworking space that hosts six small businesses and a handful of individuals, as well as corporate members who have access to the conference room and other amenities. They've had to turn away many more people who are interested, Brennan says, and thinking about that demand ultimately led them to Midtown. Now members of the BHIVE will be able to avail themselves of both locations, with room for many others seeking office space as well, he says.

Brennan jokes that the building, a former automobile showroom and warehouse, is "the ugliest one on the block," but notes that upcoming renovations will remove its facade. He hopes to have the new space open this fall.

Brennan notes that the Central West End location began as a store offering wine, beer, liquor and cigars. "I didn't really want to open a bar," he says. "It just happened over time." He was 33 then; he's 48 now, and his interests have diverged from nightlife. Now he wants to see what kind of interesting events the new space can host for its members — and is intrigued by the possibilities of its Midtown Alley surroundings.

"The West End's great, but it's getting so crazy with rent and so much going on," he says. "When it costs you $10 to park, it's difficult to just stop in and have a beer. We're excited about Midtown being an up-and-coming area. In five or so years, it'll get there. There are really cool spaces there, but it can also be kind of quiet. It's mostly a daytime place at this point. We want to be that place for that neighborhood down the road."

The company is not yet accepting applications for those interested in coworking or office space, but anyone who wants to get on its mailing list is encouraged to email info@bhive.space. 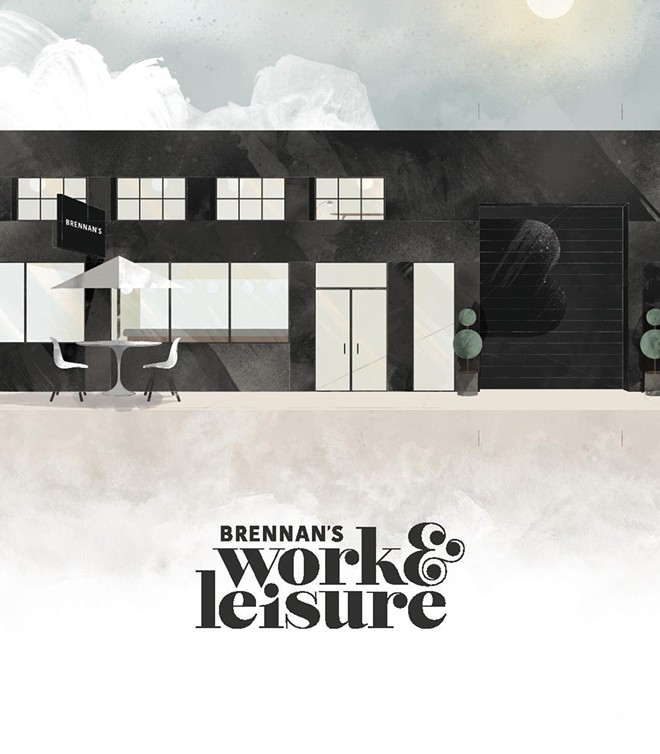