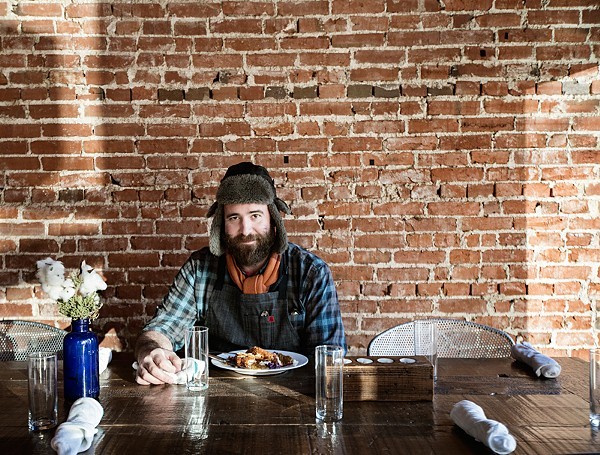 Perkins had previously announced that Juniper (360 N. Boyle Avenue) will be moving to 4101 Laclede. That move frees up its charming, brick-walled home on Boyle for a different restaurant — what Perkins says will be Juniper's "little sister."

“Little Bird was thought up years ago, but now is finally coming to fruition as the natural breakfast/brunch complement to Juniper’s lunch and dinner," Perkins said in a press release. "Our guests have often asked, ‘When are you going to do brunch, when are you going to do breakfast,’ and it’s a perfectly reasonable question as both are often the most immediate expression of Southern food that folks are familiar with. I believe Little Bird will be a welcome addition not only to our brand and the guests familiar with it, but also the dining scene in St. Louis.”

Glenister Wells, who recently came on as top chef at Juniper, will also lead the kitchen at Little Bird, which will be open Tuesday through Sunday from 7 a.m. to 2 p.m.

Little Bird will offer "approachable, Southern-inspired breakfast," following a trend of St. Louis restaurants giving the day's first meal the seriousness they used to reserve for the last.

"While Perkins plans to revamp the interior with a lighter color pallet and expand upon the current birdcage lights featured in the front windows, the space will remain a destination for all to gather for Southern eats and irreverent cocktails," the press release promises.

The restaurant hopes to be open by year-end. Juniper's move is currently set "mid-2018," according to its press materials.

To get a sneak peek at the Little Bird game plan, plan to visit Juniper for a pop up on Sunday, May 27. A sample menu shows "grits and grillades," Angel biscuit cinnamon rolls, and frittata with collards and country ham.

Reservations can be made via Reserve, with seating from 11 a.m. to 3 p.m.