St. Louis Restaurants, Other Businesses to Close for 70 Minutes at 1 p.m. Today 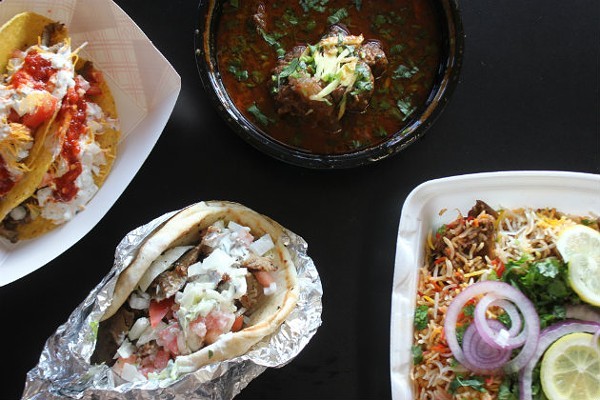 Seventy years ago, more than 700,000 Palestinians fled or were expelled from their homes as a new Israeli state declared independence. Today, Palestinians remember those events as the "Nakba," or catastrophe, and they commemorate it on May 15, the day after the Israeli declaration.

Today, more than a dozen St. Louis businesses will close to remember the Nakba, shutting their doors form 1 p.m. to 2:10 p.m. In a press release, the Missouri chapter of American Muslims for Palestine said that the 70-minute closure was to represent "70 years of occupation and dispossession."

The organization also hopes to raise awareness about the Palestinians who have been killed in the past 24 hours following President Donald Trump's decision to move the American embassy to Jerusalem. A protest is also planned for 1 p.m. today at the Soldiers' Memorial (1315 Chestnut Street) in downtown St. Louis.

“All people have a homeland to live in but our homeland lives in us," said organizer Neveen Ayesh in a prepared statement. "We are calling on businesses to shut down in order to commemorate the Nakba and stand in solidarity with Palestinians as one form of educating others about the ongoing occupation of Palestine.”

The following St. Louis businesses have said they will close for the 70-minute commemoration:
Organizers say additional businesses are continuing to sign on daily.

At the downtown event, business owners and supporters will speak in solidarity with the people of Palestine. "The names of the depopulated historical villages will be recited, as well as the names of Palestinians killed by Israeli snipers since the March 30 start of the 'Great March of Return,' a massive nonviolent demonstration in Gaza," the organizers' statement said.