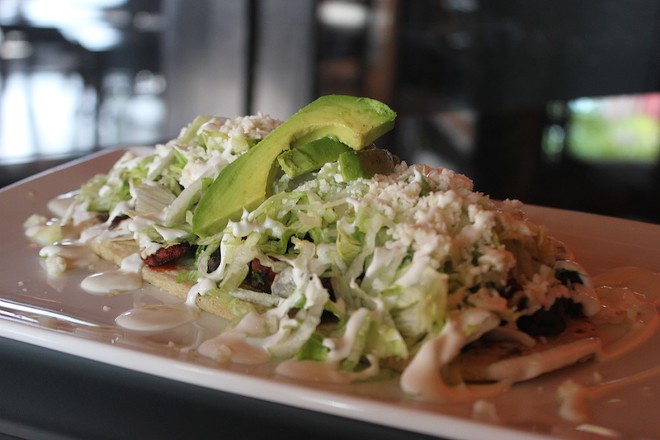 You can get a chimichanga or a quesadilla at Mas Tequila Cantina (708 N. 2nd Street, 314-877-1700), the restaurant that opened May 1 in Laclede's Landing. And you can also do shots of Patron. This is the Landing; they welcome that here.

But if you're looking for something a little different — different than the same old margarita-fueled party scene, different than the Landing — Mas Tequila has that too. In fact, the brand-new eatery has 50 different types of tequila and a roster of authentic Mexican dishes that aren't always easy to find in St. Louis.

"We don't want people to confuse us with another Tex-Mex place," says co-owner Javier Geminiano. "What we're doing is totally different."

By different, he means actual Mexican dishes, not just their Americanized cousins. He means tapas-style portions for those who want to sample something new. And he means tequila that's good enough to sip, not just slam.

Indeed, while Mas Tequila proudly specializes in tacos and tequila, there's a whole lot more here than that. You can get a michelada, that classic Mexican twist on a bloody mary. You can get street tacos and sopes, the Mexican corn cakes that are almost like an open-faced cornbread taco. You may even be able to get a huarache, the oblong Mexican dish named for its resemblance to a sandal, which the kitchen plans to offer as an occasional special.

What makes Mas Tequila Cantina significant, though, is its determination to take its offerings seriously without losing the fun vibe. It's not just that Geminiano and his wife Michelle have chosen to open in Laclede's Landing, long known as a place to drink rather than a fine-dining destination. It's also the way their restaurant pays tribute to Geminiano's roots without resorting to kitsch.

Formerly the burlesque club Seven Zero Eight and before that Jake's Steak, Mas Tequila is a stunner, with a mezzanine level overlooking a newly refurbished bar area. Framed movie posters from the golden age of Mexican cinemas hang on some walls; others are painted brightly. Vinyl "wallpaper," created by a friend in Belleville, reproduces a famous mural by Diego Rivera, while Day of the Dead-style figurines grin from an interior balcony. In the back room, where a stage previously hosted burlesque shows and dance parties, they plan to host bands and DJs. 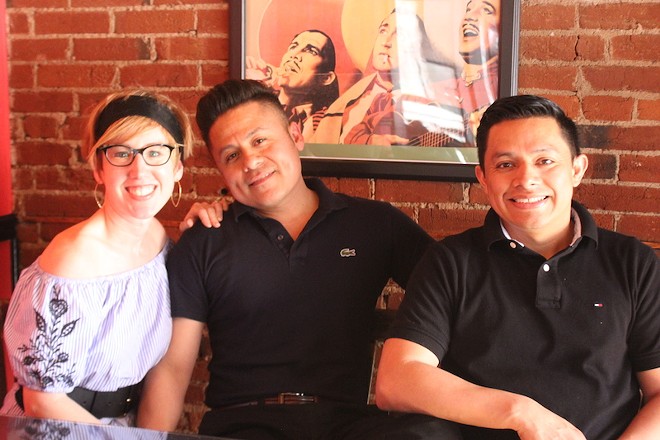 Javier Geminiano left his native Mexico for St. Louis in 2011, following his brother Jesus Jaimes, who'd settled here years earlier. Ever since, he says, he's been on the hunt for a tequila bar. "Six years, I never found one," he says.

He began to pursue ways to open one himself. He'd run a michelada bar in Mexico, so he knew the business. Jaimes, who's signed on as general manager, has eighteen years of restaurant management experience. It was just a matter of finding the right location.

He liked the Landing. His wife, who graduated high school in O'Fallon, Illinois, was skeptical. "The Landing? I don't know," she recalls thinking. "But when we saw this space, we were overwhelmed by how awesome it was."

And they've been pleasantly surprised by all the foot traffic they're getting. They discarded their original plans to be open only in the evening once they realized what a sizable lunch crowd they could draw. Now they offer eight lunch plates, including chilaquiles and various taco/enchilada combos, each for $8.95. "Our lunches are so busy, this whole floor fills up," he says.

At night, they get plenty of traffic from Busch Stadium — including, the other night, a bunch of sad Cubs' fans cheering themselves up with top-shelf tequila. 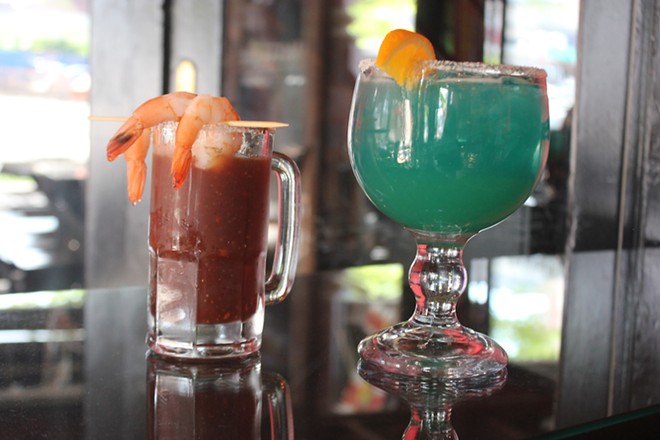 They plan to be there for those customers just like they'll be there for the late-night crowd. But they hope to also begin a conversation about more than just Patron, more than just enchiladas. Geminiano recalls a visitor the other day who put in her regular order, and then trusted herself to the bartender for a recommendation on the next round. After tasting it, she admitted, "I can taste the difference!"

"That is the really cool thing," Geminiano says. "People have been really receptive to what we're doing."

Mas Tequila Cantina plans to be open daily at 11 a.m., with hours until 1:30 a.m. Sunday through Thursday and 2 a.m. Friday and Saturday. Once they get established, they may add hours until 3 a.m. 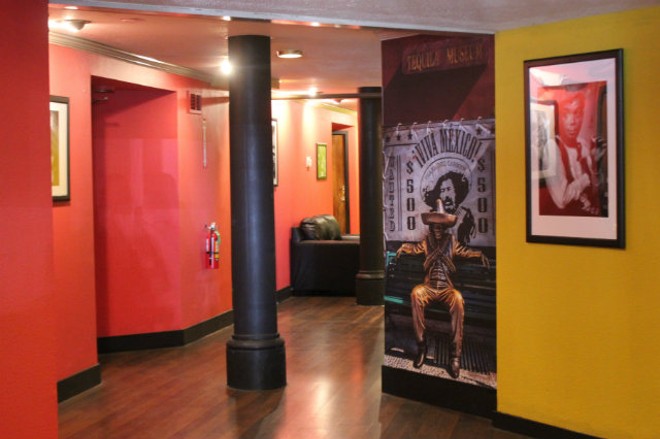