Tropical Liqueurs Is Opening Thursday in the Grove

Tropical Liqueurs confirms that it will open its doors to customers in the Grove for the first time on Thursday, May 17.

The doors will open at 11 a.m. After that, the business plans to be open daily.

Guerrilla Street Food, which is embedded inside the bar, plans to open by June 1.

Original story from May 4 follows:

The slushies are mixed. The kitchen is prepped. Everything is all ready at the new, long-awaited Grove location of Tropical Liqueurs (4104 Manchester Avenue) — everything except an occupancy permit from City Hall.

But once that's in place, promises Billy Thompson, who co-owns the bar with siblings Bradlee Thompson and Connie Vaughan, those doors are opening.

"We're looking forward to getting back to providing slushies to our fans," he says.

It's been a long and winding road for Trops, which built a huge and intensely loyal over decades near the Mizzou campus. The bar first opened in 1985, which was followed by an expansion and a second Columbia location. One in Springfield, Missouri, eventually followed.

But the family's plans to serve up slushies in St. Louis have proven more complicated. A Soulard location opened in 2015 to lines around the block, but its location in a largely residential block led to tensions with neighbors. A city hearing officer ultimately revoked its liquor license, and though a judge granted a reprieve, Trops decided to cut its losses. In May 2016, it announced it was heading to the Grove.

At the time, the owners suggested they'd be open by August. That didn't happen. Instead, nearly two years later, the bar is preparing to open for business.

Billy Thompson said there was no one reason for the delay, just a series of complications that led to other complications. At 8,000 square feet, the space is triple the size of other Trops' locations and required a full build-out. (It was previously used for storage.) "When you're doing a project like this, you just have to stay malleable," he says.

With skylights and subtle tropical touches along with exposed brick, the new location manages to look both a bit like New Orleans and totally like St. Louis. There's a sizable patio out back that would be right at home in the French Quarter; on a sunny day, it's hard to imagine a better place to be.

And unlike other Trops' locations, this one has a full kitchen, courtesy of Guerrilla Street Food. Co-owner Brian Hardesty says the fast-casual Filipino restaurant group designed its menu to pair well with Trops' coastal Louisiana vibe, as well as work for a day of drinking.

In addition to Filipino twists on bar classics, like adobo chicken jerky and mung bean hummus, Guerrilla Street Food will be offering a large assortment of hand-held items, including a Filipino Crunchwrap stuffed with chorizo and refried mung beans. A riff on the beloved Taco Bell drunk menu item, Hardesty says it was a huge hit when they tried it out at another location earlier this year. "We ran it for a week and sold 400 of them," he says. 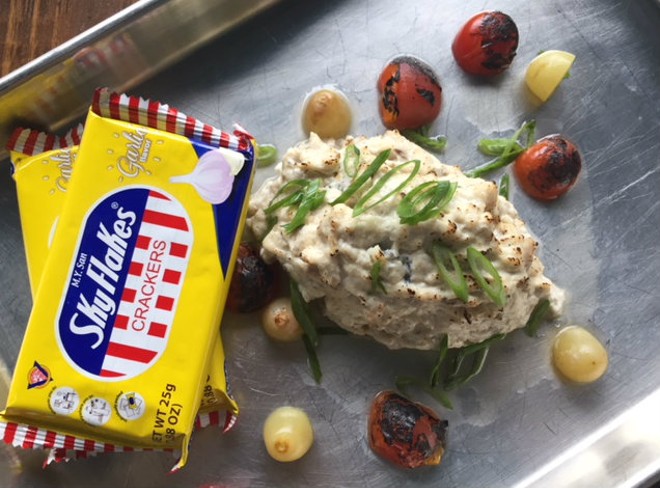 Other menu items, like the grilled pimento cheese sandwich, are just meant to be easy and fun. And, he promises, "We're going to have a few more surprises along the way."

Trops, too, is offering some items you can't get elsewhere. Because of the food component, this Trops will be open for brunch, and that means frose, Thompson says. You can also get a "Tiger Paw Mimosa," a morning-friendly riff on the Columbia location's signature drink.

For Billy Thompson, who lives in the Grove, the whole project feels fated, and in the best possible way. The complications that got the siblings to this point, he says, were a "blessing in disguise."

"We were able to land right where we should have been in the beginning," he says.

Once opening day dawns, Trops plans to be open Monday through Saturday from 11 a.m. until 1:30 a.m. and Sundays from 11 a.m. until midnight. Guerrilla Street Food is still figuring out its hours, but plans to open about 90 percent of the time Trops is. "We're going to try to be very flexible and organic," Hardesty says, suggesting that if there's demand, the kitchen will stay open. 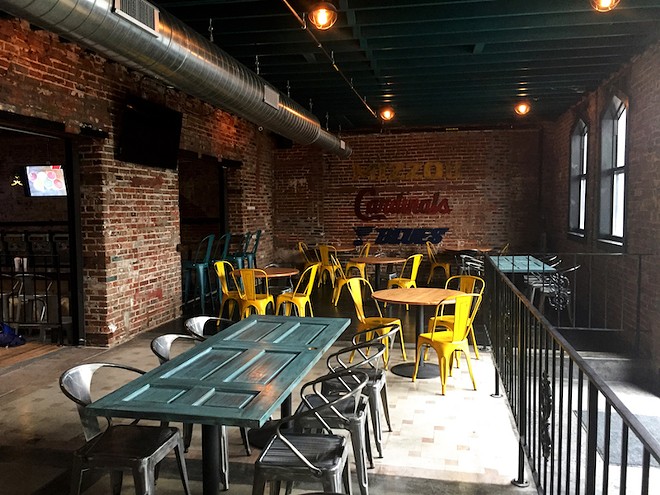 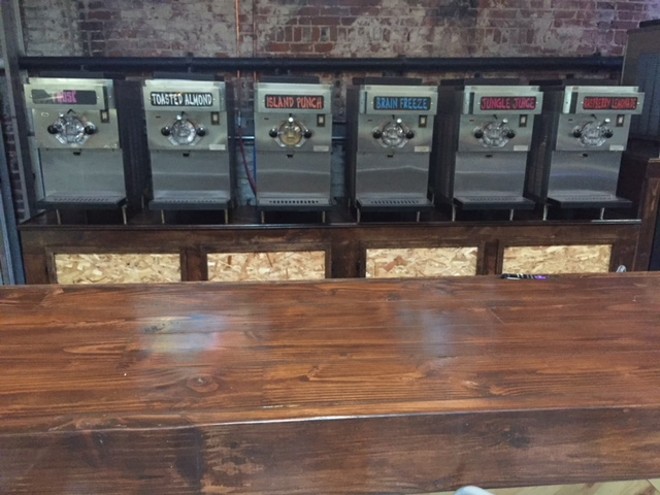 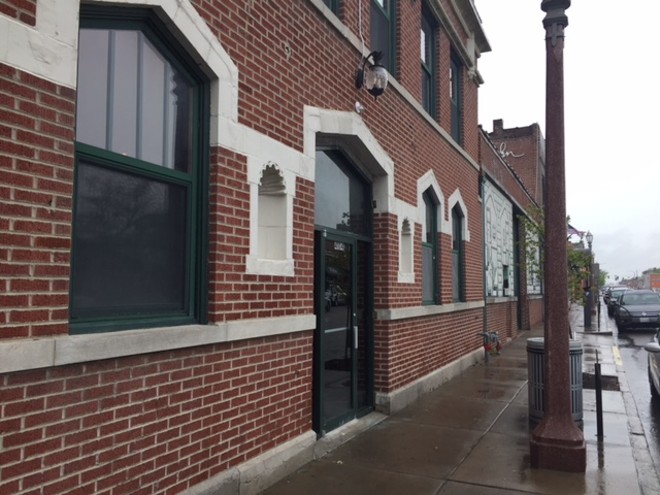 Editor's note: We first published this story May 4. We then updated it when we got the official opening date for both enterprises. We also corrected a previous error about the location of the building. It is between Just John and Attitudes. We regret any implication otherwise.