Screw That Snow Forecast, Eat-Rite Diner Is Open and All Is Right With the World 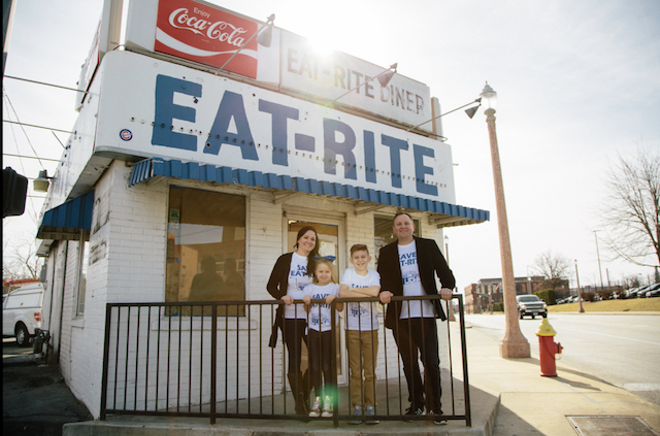 Three things: The Cardinals play their home opener today, St. Louis is expecting one to three inches of snow this weekend, and Eat-Rite Diner (622 Chouteau Avenue) is officially re-opened under new management and slinging slingers at this very moment.

One of those items is hardly worth mentioning. It's a natural phenomena and a sad testament to the Midwest's cursed existence. (We'll let you figure out which is which.)

And even though we're duly excited about the Cardinals, Eat-Rite Diner's glorious return is, frankly, the most important news of the day and should be cause for widespread celebration and the immediate rescheduling of lunch and dinner plans.

As previously reported, the quintessential St. Louis diner was facing an uncertain future after its longtime owner, L.B. Powers, unexpectedly closed up shop in October, following more than 40 years of operation.

Thankfully, a chance encounter between Powers and Soulard resident Joel Holtman led to an agreement to give the historic eatery a second shot. Now under the management of Holtman and his wife, Shawna, Eat-Rite is (presumably) ready to continue serving cheap eats for another half-century or so.

So go ahead .... let it snow! We've got cheap burgers and slingers to keep us warm. 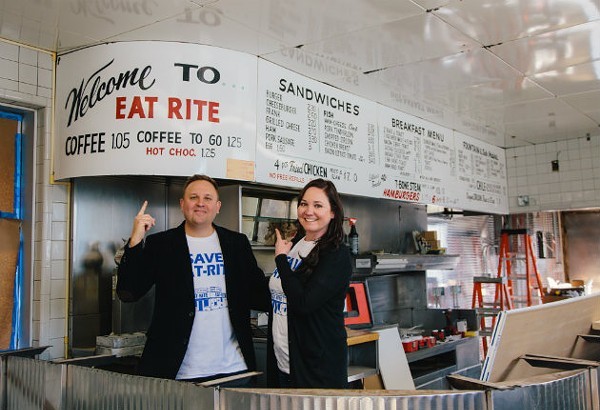