Chef and prolific restaurateur Ben Poremba thrilled St. Louis diners last week with the announcement that he was poised to open a brand-new restaurant and bar. The latest concept from the James Beard-nominated chef, the Benevolent King (7268 Manchester Road), opens Saturday in Maplewood. It's inspired by something near and dear to his heart — namely the food of his childhood.

"The food that I am going to do here is the food that is right in front of me," Poremba explains. "It's the food I have cooked all my life. Instead of trying to do something new or come up with a totally new concept, I realized I should do what I've always done."

It's been heady time for Poremba and his team, which has enjoyed national acclaim in recent months. In August, his Latin-inspired concept, Nixta, was selected as one of the ten best restaurants in the country by Bon Appetit and has continued its run as one of the city's hottest spots even after weathering a change in chefs. And in February, Ben Grupe of Poremba's flagship fine-dining restaurant, Elaia, was selected as a semi-finalist for the James Beard Foundation's Best Chef Midwest award.

Not content to rest on his laurels, Poremba is enjoying the process of opening the Benevolent King, which brings him back to the kitchen in more of a day-to-day role. Since making the announcement last week, Poremba has been busy developing dishes and putting the finishing touches on the former Water Street Cafe space in preparation for opening.

For those who can't wait, Poremba is sharing a few unexpected details about the restaurant — which may only heighten your anticipation. Here are six things you should know about the Benevolent King.

1. The Benevolent King is not a Moroccan restaurant
"I can't stress this enough. As much as I love traditional Moroccan food, this is not that. The idea is to be inspired by, and have a foundation in, Moroccan cuisine with elements like interesting spice mixes, harissa, chermoula and slow-braised meats, but this will look like a contemporary restaurant that just relies heavily on a Moroccan influence.

2. In fact, the Benevolent King will not be a traditional large-format restaurant at all
"It's really not a full-fledged restaurant. It's a cocktail bar as much as a restaurant. The kitchen is very small and the space is tiny. Food is involved — it's not just a place to drink — but there won't be a huge variety of dishes to choose from, at least not at first. It will be a very small menu."

4. This is acclaimed bartender Tony Saputo's time to shine.
"Tony Saputo is going to be general manager and bartender. If I think my kitchen is small, his bar is even smaller, but he is going to come into his own and put his stamp on a really ambitious cocktail list. It's a fun challenge. We could've ripped everything apart, but we chose to do with what we inherited and figure out how to shine in conditions that are not great."

5. Poremba can't wait to get back into the kitchen — but it might break your heart in the process.
"I love to cook and I miss feeding people, and I miss getting that reaction when I've made something they like. But I had to do it in a non-traditional setting where I can change things. I'm at the point where I miss getting my hands dirty, but this is nowhere near the job that is required of a chef. It's more like having a dinner party for 50 or 60 or 100 people. It's therapy for me, and it's a lot about what my mental state is right now. I'm going to change the menu every single day with a menu that is market-, season- and mood-based. One day a dish might be there; the next it will be gone. If you are in love with one dish, it might come back — but it might not."

6. Expect a very special helper to appear in the kitchen from time to time.
"My parents just moved to St. Louis, so my mom is going to pop in and do cookies one day or a lot of pantry items like preserved oranges. She might even come in and do a dinner service with me from time to time." 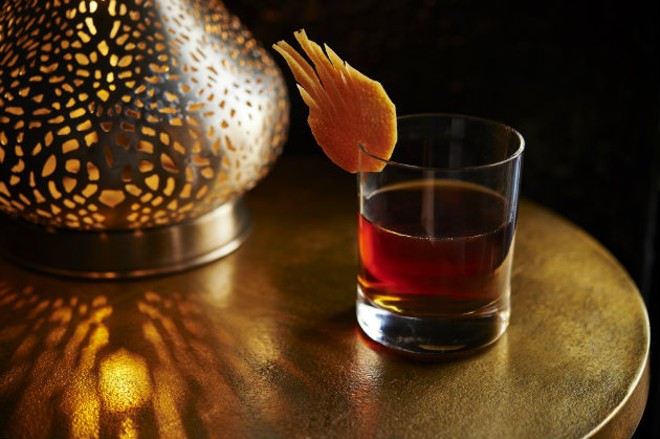