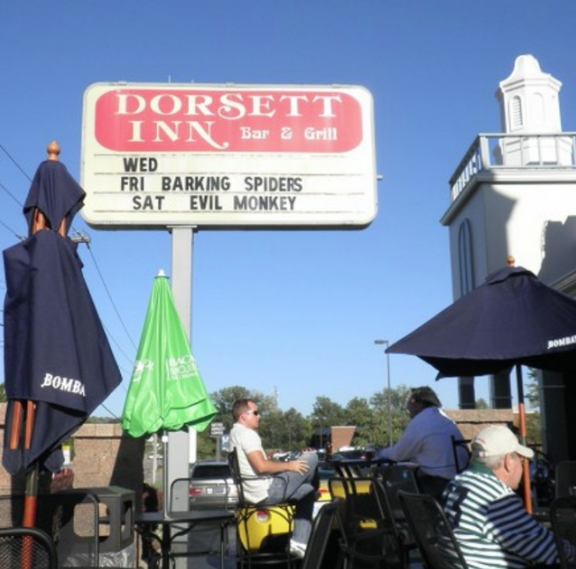 Dorsett Inn, the Maryland Heights bar known for its comely and partially unclad waitresses, will close its doors March 30 after more than 40 years in business.

The announcement was made Friday via a Facebook post. According to the statement, the bar's new owners are Johnny Daus and James Pepper. And if the former name rings a bell, that's because Daus was the "Johnny" behind bygone Soulard watering hole Johnny's, which closed in July after 24 years in business.

The new venture will be called Johnny's West.

"We want to focus on our commercial real estate," says Grace Ziehl, who co-owns Dorsett Inn with her husband Ron. "Getting out of the bar industry."

According to Ziehl, the sale was done quietly, without a call to the public at large. The owners of Social Haus also expressed interest, she says.

Aside from all being in the business of serving up drinks to thirsty patrons, the three bars have another strong theme in common: All three are known for employing attractive young women in various states of undress, in a business model not dissimilar to that of the breastaurant chain Hooters.

John Racanelli famously turned University City on its head with his attempt to open a second location of the Social House in the Delmar Loop — with servers wearing only body paint on the upper halves of their bodies. After a pitched legal battle, Racanelli and Co. were essentially run out of town on a trolley rail just two weeks after their grand opening.

Johnny's, meanwhile, still has a Facebook page, which still has old photos like this all over it:


Soulard, where Johnny's had its long run and the original Social House still operates, has been more forgiving of near-nudity among bar employees. And Dorsett Inn, while not quite as well-known for it, has featured women clad in bikinis and lingerie for years. So far, Maryland Heights has been pretty chill about it.

When Daus sold his Soulard restaurant, he hinted to RFT that he might return soon. When discussing his customers' appetite for his signature wings, Daus said, "I've been telling them, 'Don't fret, because in the future, you might be able to get those somewhere else.' I'll probably open another place in the future."

The future, it would seem, is now.