The Purple Martin Has Closed, Again 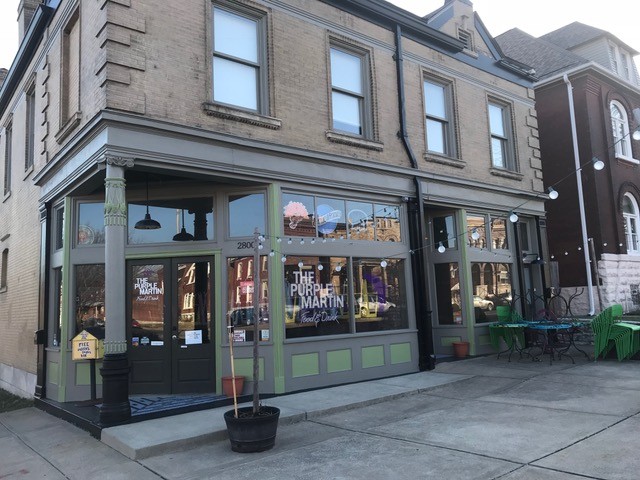 A year after the Purple Martin (2800 Shenandoah) was saved by new owners, the Fox Park eatery has again closed its doors.

The Purple Martin originally launched in 2014 as a North African-influenced restaurant. But it closed in December 2016, with co-owner Brooke Roseberry explaining that it was a labor of love that "has basically just not worked out.”

Just a month later, the corner storefront got new life. Its new owners — Mark Hinson, George Walker and Tina Zweife — kept the name but changed just about everything else, hiring a chef who introduced a menu of American comfort food classics. They also introduced darts, a jukebox and karaoke and trivia nights.

Alas, it apparently wasn't enough. The bar was dark this weekend, and no one answered the phone or responded to the messages we left yesterday both on site or with the ownership group.

When we stopped by yesterday during business owners, the doors were locked. A sign in the window read, "Closed until further notice. Sorry for the inconvenience."