The newest restaurant to open in the Central West End, Cork n' Slice Woodfire Bistro (4501 Maryland Avenue, 314-833-3283), may surprise you. Located in the ground floor of an apartment complex at Maryland and Taylor, its stylish black-and-red decor transforms the space that previously held Pizzeria Mia (and before that a travel agency) into something date-night worthy.

But you needn't save Cork n' Slice only for the weekends. Inspired by a pizzeria he loves in Los Angeles, first-time restaurateur Cornell Thirdkill says he's aiming for "fine casual" — something nice, but also laidback. "You don't have to have a special occasion," he says. "But it's not an eat-and-run spot. Have a pizza, get a glass of wine and enjoy yourself."

To that end, chef Kyle Parks has crafted a tightly curated menu: eight pizzas, three salads and three appetizers. The kitchen space is very small, so Parks has ensured that only one thing other than the pizzas, a meatball appetizer, requires the oven. You can start with hummus or with a selection of meats, burrata and giardinera, or try one of the salads. The roasted grape salad includes dried cranberries, feta and walnut with a tarragon vinaigrette; the strawberries and Champagne is studded with gorgonzola. 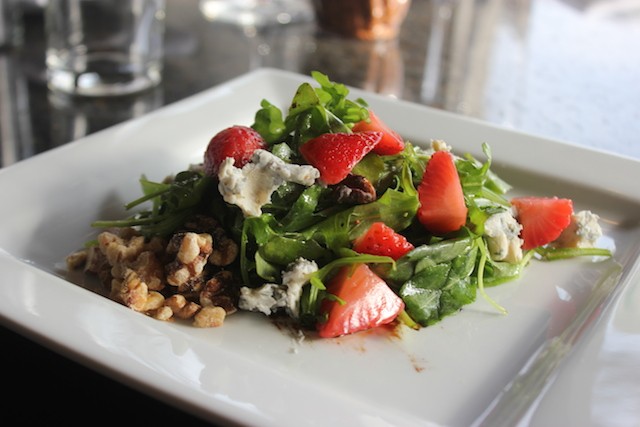 The pies, priced between $14 and $23, show the kitchen's creativity. Sure, you can get a classic margherita or a quattro formaggio if you want something you're already familiar with. But there's also a lobster and shrimp pizza, which comes topped with just that along with an orange-tarragon gremolata. Or try the "West End," which includes wood-fired chicken, pancetta, onion marmalade and fontina and gorgonzola before being topped with argula. For vegans, there's even a veggie pizza with vegan mozzarella.

Thirdkill says he spent more than a year working on the space. Only the custom-built wood-fired pizza oven, which can soar to 1,000 degrees, remains from its down-home predecessor. The rest has been transformed, with a black banquette dividing the room and carving out several cozy nooks. Get a table facing the Maryland Avenue street parade if you like to watch; sit back against the wall if you're feeling romantic.

There's also a small bar in the back of the eatery, facing the pizza oven. Thirdkill says the restaurant is currently focused on beer and wine but plans to introduce a small cocktail list once they get more settled in. 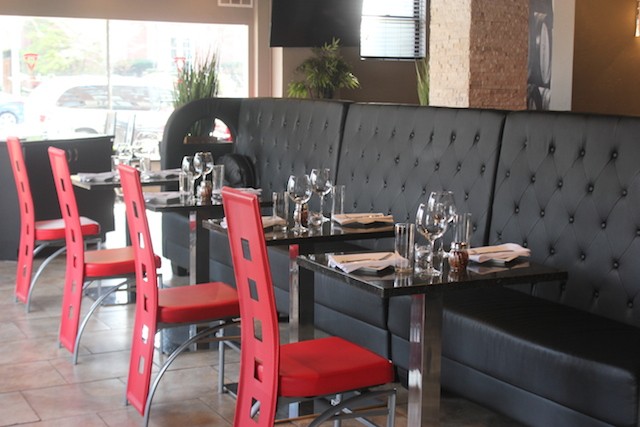 Also to come: patio seating. Maryland and Taylor is one of the nicest corners in the city's nicest neighborhood, and once it warms up a bit, Thirdkill plans to offer diners a spot to sit outside. He says that's one of the things that drew him to the location. He also likes that it's close to the main drag without actually being on it.

As for Parks, he's a St. Louis native who's worked at restaurants here and in Columbia, including Bartolino's and Donahue's, as well as serving as an instructor at L'Ecole Culinaire. Small though that kitchen may be, he's excited to be running it.

"It's going to be a very vibrant place," he promises. "To see the excitement from the customers, the neighbors, everybody who's stopped by — it can't help but invigorate you."

He has nothing but praise for Thirdkill. "He gave me carte blanch to run with my creativity," he says of Cork n' Slice's owner. "I get to play — in a very hot playground."

For now, Cork n' Slice is open Tuesday through Thursday from 4 to 10 p.m. and Friday and Saturday from 4 to 11 p.m. Scroll down for more photos. 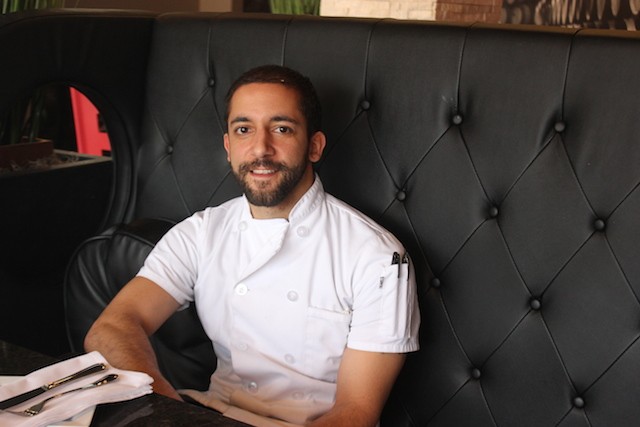 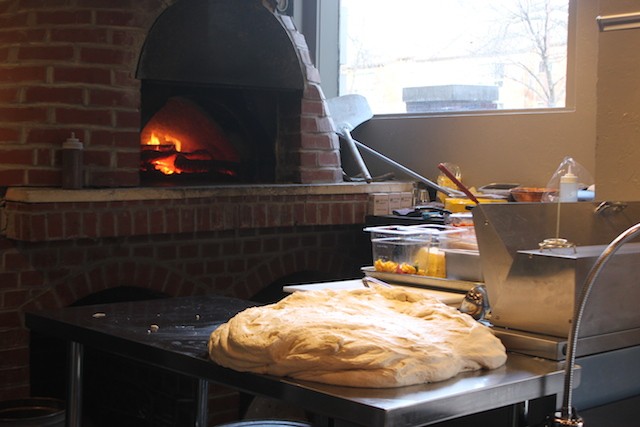