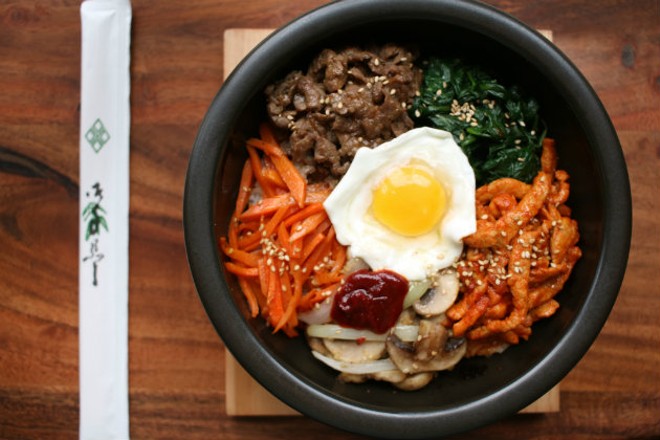 In 1981, the Pham siblings — Victor, Mina and Duncan — fled their native Vietnam by boat, surviving by foraging what they could on the islands they stopped at along the way to Thailand. When they arrived in Thailand, the trio continued to feed themselves by catching what they could from the ocean near where they lived.

In the midst of these trying circumstances, Victor Pham found beauty in the form of his brother's cooking. Though not yet a teenager, Duncan Pham was already displaying a level of cooking prowess that seemed unfathomable.

"He was already this great fisherman at the age of twelve," Victor Pham says of his brother. "He could come up with these different ways to catch fish. He strung together cans to catch octopus and had this slingshot type hook he'd use to catch fish. It was something."

Those days may seem like another lifetime for the Pham family, who made their way to St. Louis in the early 1990s and have enjoyed success as owners of the successful South Grand sushi restaurant Cafe Mochi. There, Victor and Mina created a platform whereby their brother's culinary potential could be realized. To say that he did so is an understatement: Many believe that Cafe Mochi is serving some of the city's best sushi. 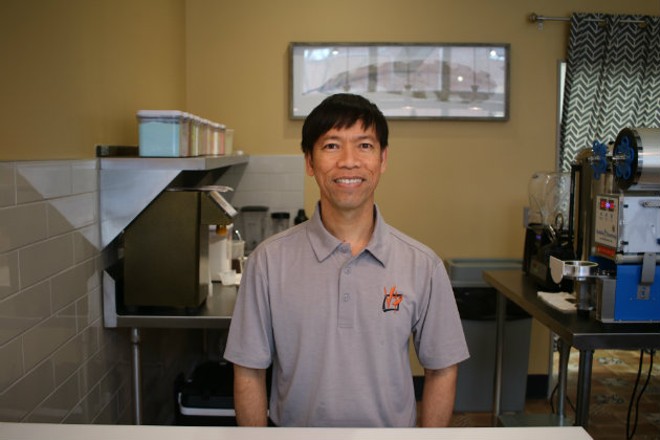 Now Victor and Mina Pham have given their brother yet another outlet to show what he can do in the kitchen, this time at the new VP Square (3611 Juniata Street, 314-833-4838). The Asian fusion spot takes its inspiration from a variety of traditions, including Vietnamese, Korean and Japanese.

VP Square opened late last month in a storefront on Juniata Street near the intersection with South Grand that used to house a hair salon. Victor Pham oversaw a complete renovation of the two-story building, resulting in a space that has a spa-like feel, with cool tones and contemporary decor touches. The restaurant is comprised of three separate spaces: a first-floor dining room, a second-floor dining and lounge space and a first-floor bubble tea walk-up counter.

Guests walk through the restaurant's front door into the room that houses VP Square's walk-up bubble tea counter. If you're just grabbing a quick tea or a to-go order, head right up to the register and make your selection.

If you are dining in, you'll be directed to the left where you'll find an inviting, sit-down room with full table service. The upstairs dining room serves as overflow and is also where the restaurant's bar is located.

For main dishes, look for a variety of ramen bowls, such as a classic tonkatsu with pork belly. VP Square also offers several banh mi, traditional Korean bibimbap and crispy Cornish hen with sticky rice. The restaurant also offers several different styles of bubble teas, with your choice of accoutrements including the classic tapioca balls or exploding fruit juice spheres.

In offering a different dining concept than what the family has become known for at Cafe Mochi, Victor Pham is excited that he and his family will be able to show off even more of what they can do — and in turn show off their brother's skills.

"You see what his dishes look like and you'd think he is a trained chef," Victor Pham says of his brother. "But he's not. He just learned this all on his own." 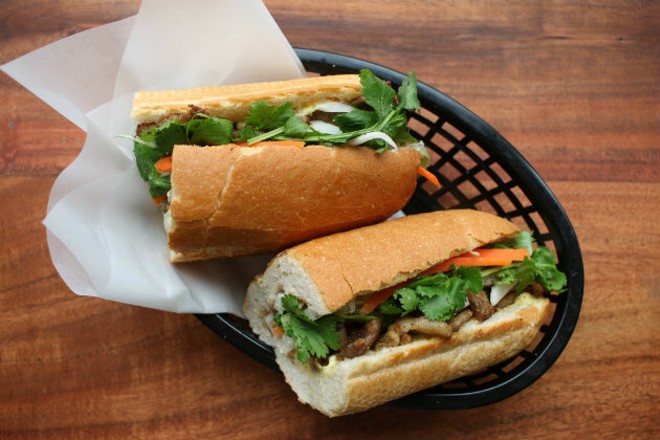 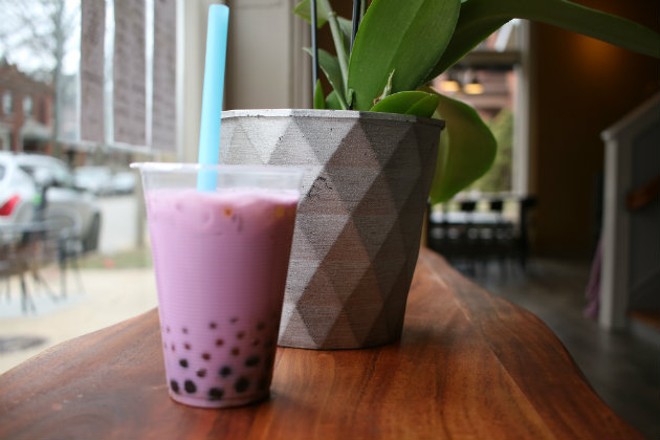 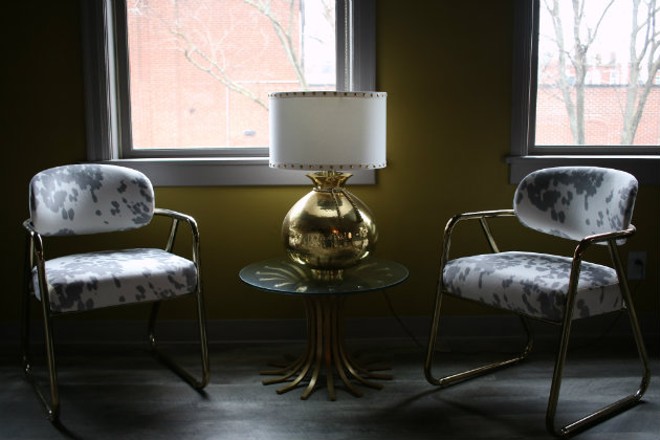