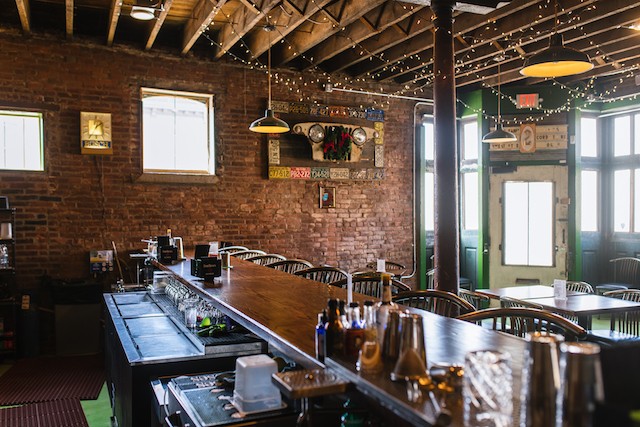 When you think of a neighborhood bar, you’re probably more inclined to think Busch beer and whiskey shots than fresh juices, bitters and perfectly mixed cocktails. Leave it to the team behind Planter’s House to introduce us to the “new and improved” laidback corner bar. Meet Small Change (2800 Indiana Avenue), which offers everything you love about your favorite watering hole — casual, no pretension, affordable — along with killer cocktails.

Never fear, Busch beer and whiskey shots are still included, but they’re served alongside house cocktails and classics like old fashioneds. The name Small Change is an ode to musician Tom Waits, and his third studio album of the same moniker. The ten cocktails on the menu are all named after Tom Waits songs, including the “Waltzing Matilda,” a perfect blend of Helix vodka, cassis, zucca, lemon, and bubbles.


The classic cocktails are the same as at sister bar Planter’s House, although here Manhattans are also on draft. 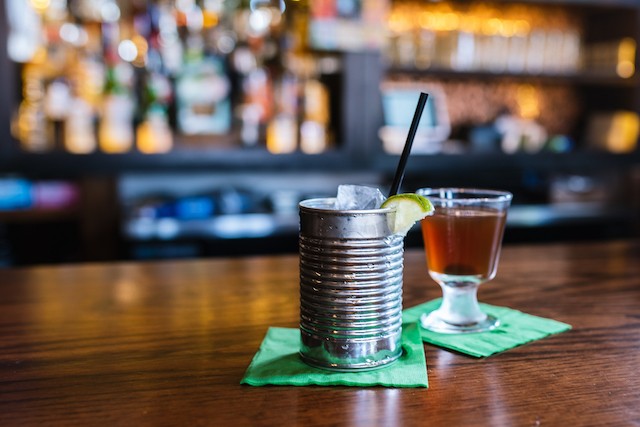 As everyone knows, beer is a staple of neighborhood bars, and Small Change doesn't disappoint, regardless of your personal poison. There will always be Stag on draft, and either Civil Life or Perennial on the other tap. Patrons can choose between 15 whiskeys, 16 canned beers, and the aforementioned Busch in a can for only $2. From the spirits to the beers, almost everything is from small distillers or local producers.

All the attention to detail is no surprise considering one of the proprietors is Ted Kilgore. Kilgore is one of the early pioneers of the St. Louis cocktail scene, who back in 2007, before cocktails were all the rage, was slinging Vespers and sidecars at Monarch in Maplewood (R.I.P.). He then moved on to helm the bar program at Taste before opening Planter’s House in December 2013. Like that bar, Small Change is co-owned by Kilgore’s wife and fellow mixologist Jamie and business partner Ted Charak.

Their idea for the bar was part dive, part retro. As bar manager Harrison Massie explains, “We wanted it to fit in with the neighborhood, and create a really great casual bar.” The interior reflects the desired aesthetic, with vintage bar signs, exposed brick walls, local flair and novelties. You can even bring in your dog. Most days see revolving appearances of the who’s who of the Benton Park canine scene.

Under construction is a 50-person patio being built just in time for spring, and Sunday is unofficially Motown night for music. The four TVs ensure you can catch all the local sports teams on any given night, as the bar is open seven days a week. The one thing not in the works is food. Patrons are welcome to bring in their own grub, or otherwise can enjoy snacks from a vending machine in the back. It does stock Red Hot Riplets, so we can’t complain.