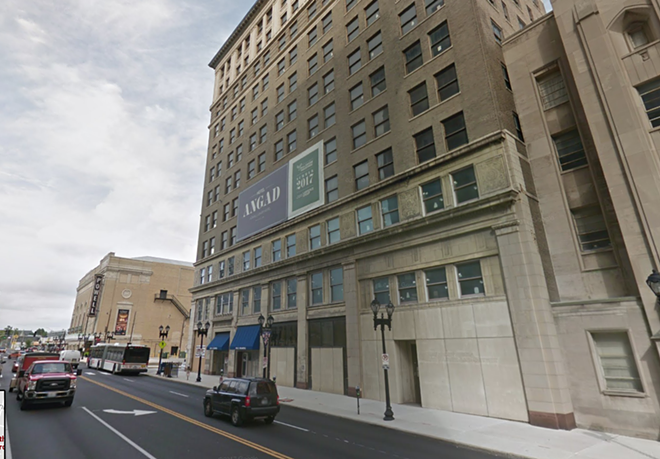 A master chef is coming to St. Louis.

David Burke, the chef behind Park Avenue Cafe, davidburke & donatella and other NYC hotspots, announced this morning he would be opening a restaurant in the Angad Arts Hotel, slated to open this fall. It will be called Grand Tavern by David Burke (634 N. Grand Boulevard).

According to the release, "Grand Tavern will be the signature restaurant, bar and lounge within the hotel, which is located in the redeveloped Missouri Theatre building. Guests will enjoy shareable small plates and drinks in the front bar and lounge, along with a full menu in the main dining room that showcases Chef Burke’s contemporary takes on classic American dishes."

Burke will be handling food service for the entire restaurant, the release stated.

Burke has appeared on Top Chef Masters and Iron Chef America and has been inducted into the Who’s Who of Food & Beverage in America by the James Beard Foundation.