At Parm Pasta & Sandwich Co. (2619 Cherokee Street, 314-833-3034), the newest restaurant to open on Cherokee Street, the prices are cheap, the portions are big and the food is old-school St. Louis Italian. There's Provel on your salad, mostaccioli for a pasta and even a sandwich baked on cheesy garlic bread. You'll have to pinch yourself to ensure you're not just dreaming of the Hill.

The shop, which opened two weeks ago, is a longtime dream of Diane Maijala and a return to the business for her father, Salvatore D'Ippolito. D'Ippolito's uncles founded Cunetto House of Pasta, and he worked there in the 1970s before opening a place of his own in Lafayette Square. The restaurant comes by its influences honestly.

Maijala and D'Ippolito are offering a small menu of favorites — a half-dozen sandwiches, a salad in either size large or small, a pasta in either large or small. They had soup on the menu, but, Maijala says, it just wasn't working — they've taken it off. They're now test-driving a new Italian beef sandwich. "If it does well, it will be a staple on the menu," she promises. 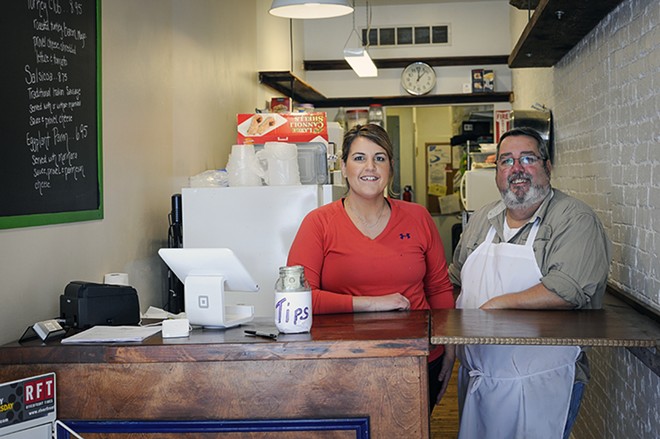 The space they're occupying is tiny — formerly the home of Teatopia, the tiny storefront at 2619 Cherokee Street is no more than 300 square feet, with just a few tables for dining in and a smaller kitchen in the back. But that has its benefits, Maijala notes.

"We don't have a lot of overhead," she says, "so we don't have to have pricepoints to cover that. If food prices shoot up, we'll have to go up — but we'd like to keep them reasonable." Right now, nothing on the menu is more than $8.95; an eggplant parmesan sandwich will set you back $6.95 and you can get that mostaccioli for $2.95 for a small portion (the large will set you back $5.95). But hey, all the better to leave room for that house-made cannoli — didn't we say it was like dining on the Hill?

For now, Parm Pasta & Sandwich Co. is open from 11 a.m. to 5 p.m. Because of the size of the kitchen, the owners strongly recommend calling as early as possible for large or group-sized orders.