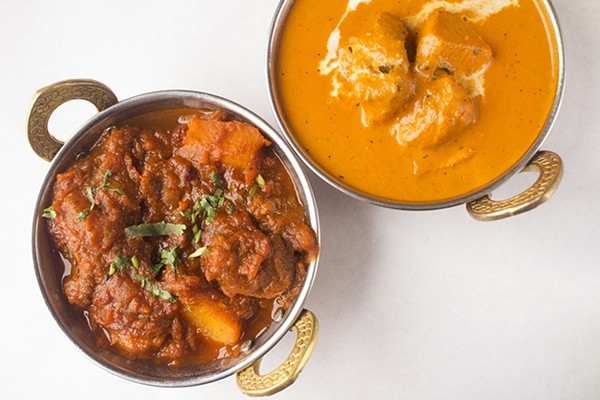 Himalayan Yeti (3515 S. Kingshighway, 314-354-8338) has big expansion plans — with sister restaurants opening in the coming months in both Rock Hill and Sunset Hills.

The Nepalese restaurant, which opened last December in a former Long John Silver's in south city, quickly became a favorite for its $9.99 lunch buffet and its mastery of classic Indian dishes, as well as Nepalese ones. It earned a rave from the RFT's Cheryl Baehr, who described it in the opening sentence of her review as a "five-star restaurant."

Now it will open a spin-off, Himalayan Hut (9814 Manchester Road, Rock Hill). Prem Prasai, who is a partner in the business with his brother, chef Dipak Prasai, says that the brothers are just waiting for approval from the county health department. They hope to be open by the weekend, pending the county's sign-off.

And after that, Prasai says, the partners will be opening a third location, this one at South Lindbergh and Watson in Sunset Hills. They hope to open the doors on that one by summer.

The idea, Prasai says, is to cover a wide delivery area through strategic restaurant placement. The kitchen of the Rock Hill restaurant is significantly larger than the one in south city; they plan to service delivery orders from there.

But it's not just about people ordering to-go. Located in the former Yung China, Himalayan Hut should have room to seat many more customers — "almost double Yeti's," Prasai notes.

The partners have given the old Chinese restaurant an overhaul, Prasai says, retooling the kitchen and giving the whole place a fresh coat of paint. They've obtained a full liquor license and also plan continue to offer that seven-day-a-week lunch buffet. The only difference is that, at Himalayan Hut, it will be $10.99 to reflect additional offerings.

"It's going to be nice, better than before," he promises.