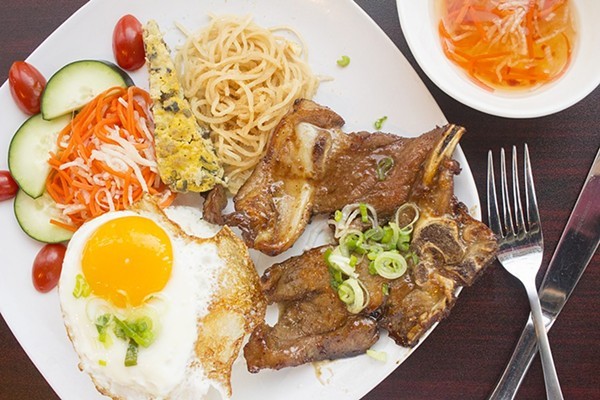 January 2018 has been a month of unexpected closings. Donut-King said goodbye after decades in St. Charles; the Libertine and Water Street Cafe both called it quits after successful runs in Clayton and Maplewood, respectively, and relative newcomers Mi Caribe and VietNam Style also closed their doors.

But all is not lost! The former home of VietNam Style already has a new concept open on site, Rebel @VStyle. The city's — and maybe the nation's? — first indoor food truck court began operating in Tower Grove South. Downtown got its first food hall, Cherokee got an Italian-inspired sandwich shop and Hamburger Mary's is open in St. Louis once again.

And hey, if that's not enough to bring back the party, the Libertine's restaurateurs, Nick and Audra Luedde, say they'll be regrouping and opening a new concept soon — and India Palace is again open, this time in a street-level location on Dorsett Road, after saying goodbye to its high-flying airport-adjacent spot. See, even a month of hard goodbyes has its good news.