Paul Listenberger, owner of Steak Louie, has been studying the food truck scenes around the country for some time now — and as far as he can tell, his new collaborative venture, Court Louie (4001 Utah Street), is the first of its kind.

"I've done a lot of research, and I think I am the first one in the country to serve inside a building," Listenberger says. "There are other food truck courts out there, but from what I can tell I am the only one to offer it inside."

Listenberg dreamed up the idea for Court Louie when he was out and about with the Steak Louie truck and interacting with other food truck proprietors. All had a common problem: When the weather was good, sales were good. When the weather was bad, so was business. Not content with a fickle business model, Listenberger wondered if there was a way to generate sales even on cold and rainy days. An inside concept, he realized, was an ideal solution.

"It's always great to be out on the streets with other trucks and hanging out with other operators, but when it rains or it is cold there is nowhere to go to make sales," Listenberger explains. "So I thought it would be really cool to get everyone from the commissary to sell together inside."

Listenberger owns the building at 4001 Utah Street that was the former home of Annie Moon's bakery. He has been using the space as a commissary for Steak Louie since February 2015. In addition to his business, Farmtruk, Go Gyro Go! and Locoz Taco have been preparing their wares in the on-site kitchen before hitting the streets over the course of the past year.

Because the building had ample seating space, Listenberg though it also made sense to use it to accommodate customers who might be interested in a truck's food but didn't want to brave the elements to get it. Listenberg presented the commissary team with the idea for a venture inspired by a mall food court, and they all eagerly signed onto the plan, figuring that banding together on such a venue would benefit them all. 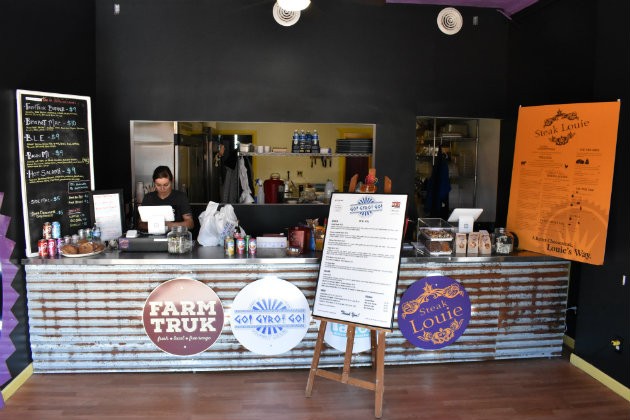 The concept is straightforward. On Fridays and Saturdays, guests can walk into Court Louie and head to a main counter where four different registers are manned by employees from each of the four food trucks. After placing an order, patrons then proceed to a table and wait for their food to be delivered. If this sounds like a regular food court, it is not; all cooking is done on the trucks, which are parked outside the building.  In other words, the food truck experience is still there, just with the comfort and climate predictability of inside dining.

Guests seem to appreciate these creature comforts. Since its opening January 19, Court Louie has been warmly welcomed by its Tower Grove South neighbors.

"So far it's been a really good reception," Listenberger says. "People are really happy to see us, and the Tower Grove South community is really supportive of neighborhood businesses in general. Even Alderwoman Megan Green has been going out of her way to support us."

The support is welcome after a rocky start. A spate of theft and vandalism had pushed back initial opening plans. Listenberger was forced to repair several broken windows before the city would allow him to open for business, a process that took nearly five months. 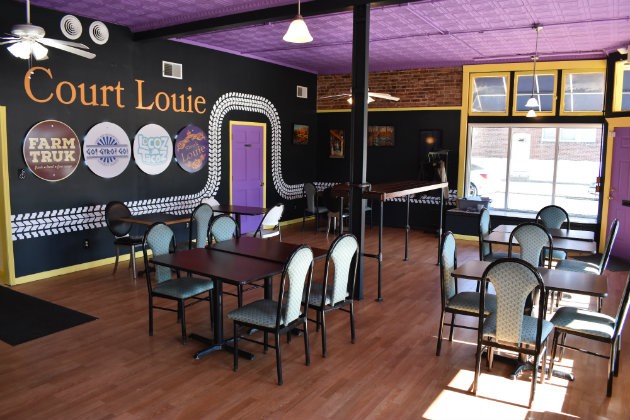 Now that he is open, Listenberger is confident Court Louie is on the road to success. However, even if it is successful, he has no plans to expand the current location, noting that there is simply no space for any additional trucks to take up permanent residence. However, he says to expect to see a guest truck pop up here and there in the parking lot. If that isn't enough variety, other trucks will be able to rotate into one of the permanent spaces if the regular tenant is off that particular day.

"That way there will be selection and variety," he explains.

Listenberger hopes to have Court Louie's liquor license secured very soon and notes that, when that happens, beer and wine will be available for consumption on-site, as well as the option to grab a six-pack of beer to-go. He and Farmtruk owner Samantha Mitchell have even discussed the idea of a bloody mary bar for their weekend breakfast and brunch service.

"This is a family place, so we won't be slinging shots or anything," Listenberger notes. "It's a family-friendly place. We just want to be a destination place and a place for the neighborhood."

Court Louie is open on Fridays from 3 to 8 p.m. and Saturdays from 9 a.m. to 4 p.m. Click through for more photos of Court Louie. 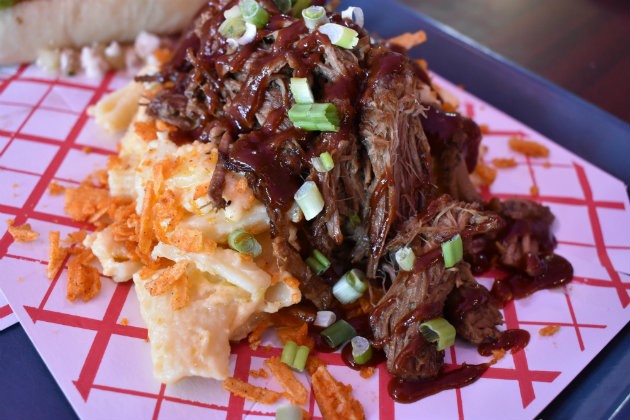 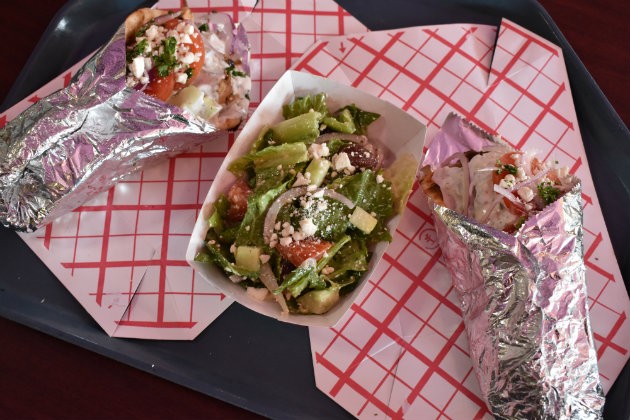