If you've been eagerly counting down the days 'til St. Louis can again boast a Hamburger Mary's, you'd best take a deep breath: the new franchise opens its doors to the public this Saturday, January 20.

It's a return to St. Louis for the drag queen-themed eatery, which saw its Midtown location close after a few years following one of its owners' 2012 arrest for embezzlement.

The new location — a 10,000-square-foot space at 400 Washington Avenue — has all new owners and new ambitions. Co-owners Michael Dutzer and Rob Mansman also own Miss Gay America and Mr. Gay America, and they chose the space in part because it would be large enough to host those pageants. The husband-and-husband team is based in Baltimore; they are joined in the Hamburger Mary's venture by David Pardue, who lives in St. Louis.

The restaurant will open at 6 p.m. on Saturday with a limited dinner menu. That night, it plans to premiere its roster of rotating drag shows, with Miss Gay America 2017 Deva Station joining its cast as a special guest for the kick-off. 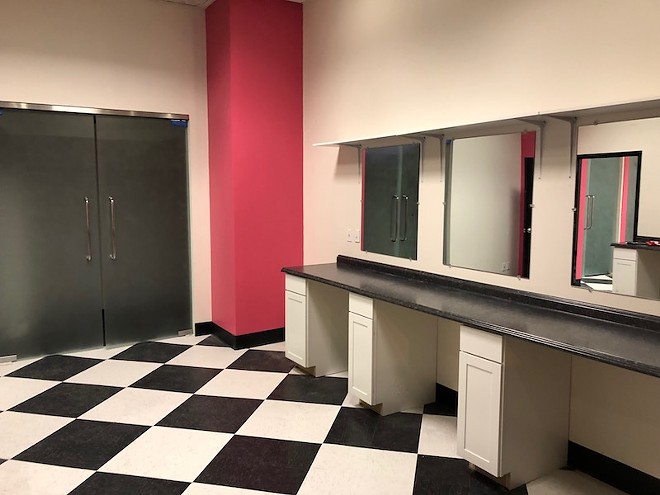 Photos provided by Pardue show a space gearing up for its big night — complete with a big stage, plenty of seating and even (yes!) a hot-pink pool table. The restaurant will be open from 6-10 p.m. for now, with a limited dinner menu for a few weeks. After that, the full menu should be available.

The St. Louis location will be one of the biggest in the Hamburger Mary's chain, which has nineteen franchises across the U.S. The space has room to accommodate 250 to 300 for dinner and up to 400 for big shows.

“Since the day we announced the reopening, my phone has blown up,” Pardue says in a prepared release. “It will be the premier location for some of the best female impersonators from across the country. The space is amazing and located in the heart of downtown St. Louis — not only a great location for locals, but is in close proximity to the stadiums, convention center, St. Louis Arch Grounds, and several hotels."

You can follow Hamburger Mary’s St. Louis on Facebook. Or just plan to come by and see what all the excitement is about on Saturday. 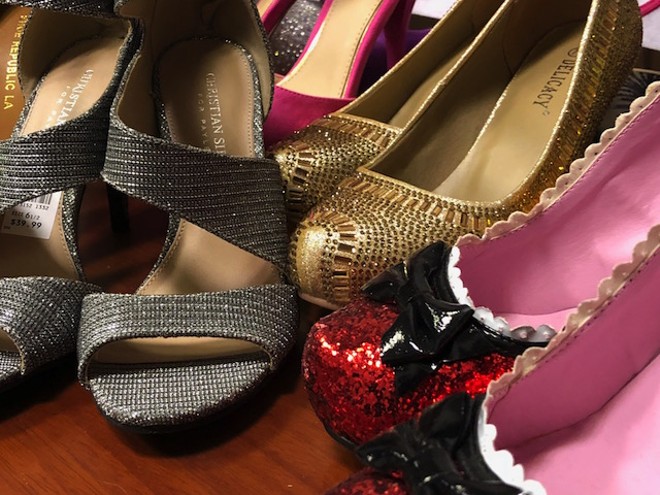