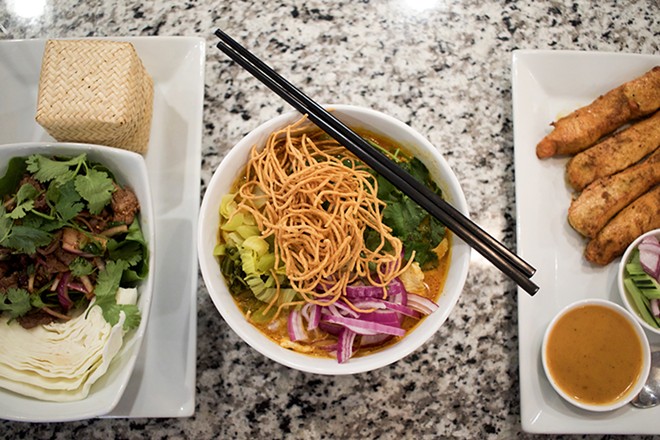 If Florissant is not on your radar for outstanding Thai cuisine, Thai Kitchen (8458 N. Lindbergh Boulevard, Florissant; 314-695-5039) is about to change that.

Fans of owner Andie Ongartsutthikue's cooking — and there are quite a few — might recognize the restaurant's name; the not-quite two month-old spot is the second location of a popular O'Fallon eatery. For five years, Ongartsutthikue has been offering her family's recipes for delectable Thai dishes to the diners of St. Charles County. Last fall, she decided to expand, opening the Florissant outpost in a strip mall on North Highway 67 in late November.

Ongartsutthikue's daughter, Nickie Hill, attributes her mom's loyal following to several factors. First, she uses the same recipes passed down several generations in their family — they are tried, true and as traditional as it gets in the middle of the Midwest. Second, Ongartsutthikue is no stranger to the restaurant business, having owned two restaurants in her native Thailand before immigrating to the U.S. twenty years ago. When she arrived stateside, she continued to work in the restaurant business before branching out on her own a little over five years ago.

Hill notes another factor that makes Ongartsutthikue's cooking stand out: Her mother's commitment to using only the highest quality proteins and produce. That fact is notable in her elegant dishes, like the nam tok beef, which offers meat of the same high quality you'd find in an upscale steakhouse. Caramelized hunks of tender steak are gilded with a vibrant chile lime sauce and tossed with cilantro, and red and green onion. 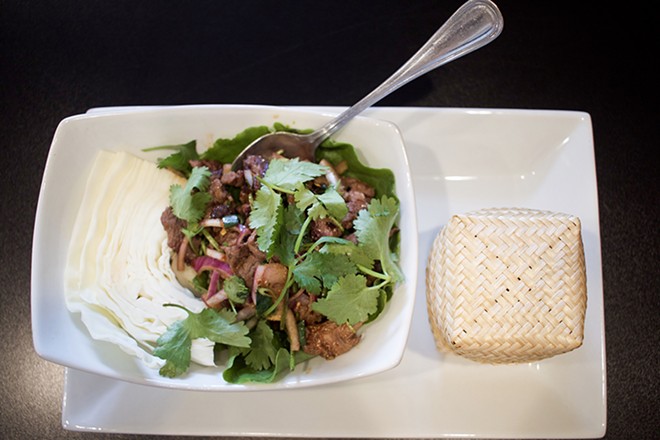 Thai Kitchen's khao soi, the northern Thai yellow curry and noodle soup, is a vibrant bowl of pickled vegetables, meat, fresh herbs, soft rice noodles and a crispy rice noodle garnish whose beautiful presentation bespeaks layers of warm, mouthwatering flavor. Ongartsuttsikue's version packs quite a kick of heat that sneaks up on you after a few bites and then lingers. It's revelatory.

Look for a comprehensive menu of Thai specialties, from chicken satay to larb gai to pad Thai and a variety of curries. Though the dishes may look familiar to fans of Thai cuisine, their quality makes them anything but ordinary. It's unexpected, especially from an unassuming storefront in the middle of a strip mall.

Thai Kitchen is open Tuesday through Friday from 11 a.m. to 9 p.m. and Saturdays and Sundays from noon until 9 p.m. The restaurant does not currently offer alcohol, though a liquor license is in the works. 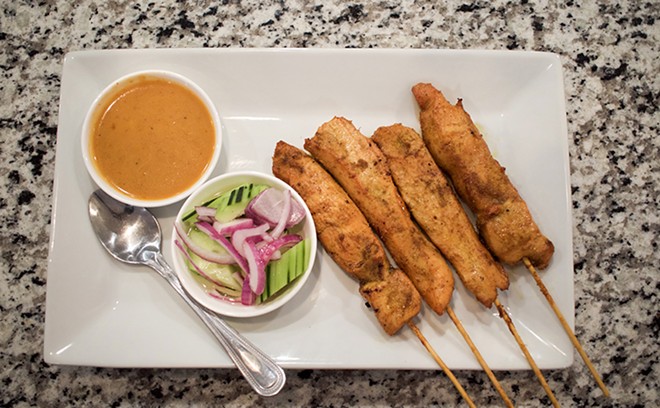 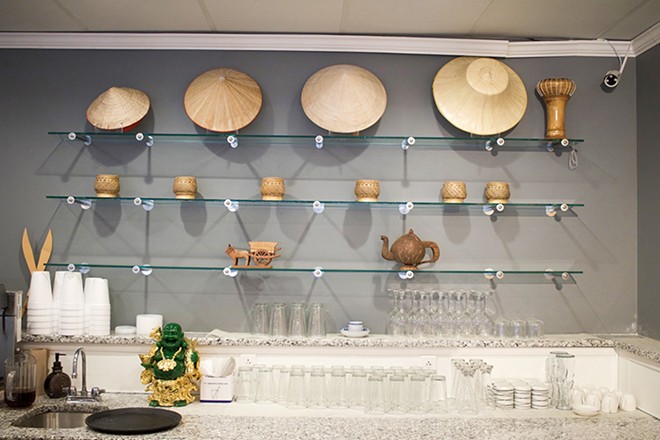 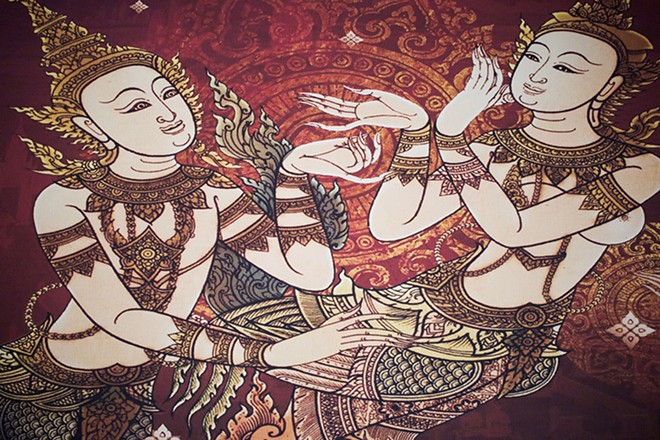