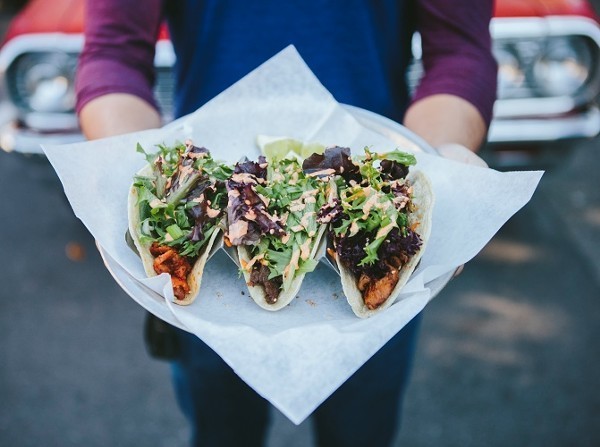 Seoul Taco, the homegrown Korean fusion chain that boasts outlets in Chicago, Champaign and Columbia, can now add another "C" to that list — its Chesterfield restaurant opened this morning.

The restaurant, located at 46 Four Seasons Shopping Center, is the second in St. Louis County. Originally launched as a food truck, Seoul Taco opened a brick-and-mortar location on the Loop in 2012 (and later moved down the street to a bigger location to accommodate the demand).

Choi, whose answer to the ubiquitous high school question is Parkway Central, has previously said he's excited about opening in his hometown.

“Opening this store is a homecoming for me, I’ve excited to get back to my roots and have Seoul Taco become a part of the Chesterfield community," he said while announcing the location last fall.

In a press release this morning, Choi said that the Chesterfield outlet was the first to feature work by both Chicago and St. Louis-based artists. Alex Morales of Smartmouth Design gave the space its look.