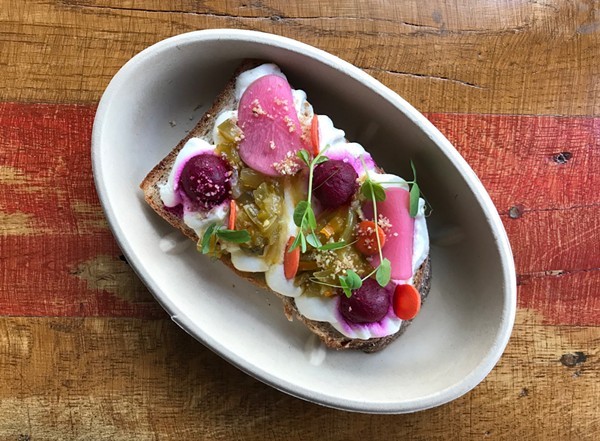 November continued to be a fast-paced month in the St. Louis restaurant scene — with intriguing new openings across the metro region. And while the area suffered a few closures as well, with Barrister's unexpectedly shutting its doors after years in business and the well-reviewed Humble Pie announcing it will become Dottie's Flour Shop, it was overall a good month for food lovers.

Among the highlights: Russell's expanded to Chesterfield, Dewey's expanded to O'Fallon and intriguing new spots opened on Cherokee (sausages!), in the Central West End (poke!) and Grand Center (more veggie-first options in a city that suddenly feels full of them!).

But it's not just about good food. November also saw two unique bar concepts open their doors. Game 6 Honky Tonk Joint promises a venue for country music fun on the edge of downtown, while Parlor offers arcade games (and Bob Brazell's food) in the Grove. And if that all sounds fun, just wait til January — Hamburger Mary's has announced it will be returning to St. Louis as well, with a huge new restaurant right on Wash Ave.

Finally, it's your last chance to dine at one of the coolest, most romantic spots in St. Louis — an Indian restaurant with a view of the runways at Lambert. India Palace is still open this weekend in its original spot, but won't be for long; check it out while you still can.

See also: Parlor Is Now Open in the Grove