One of the Best Winery Restaurants in the U.S. Is Near St. Louis

If you're looking for excellent food paired with great wine, Grapevine Grill at Chaumette Vineyards & Winery (24345 State Rte WW, Ste. Genevieve) is one of your best bets in the country.

That's according to USA Today 10Best, which held a reader's poll for the ten best winery restaurants in the country. Voters chose from a list of twenty winery restaurants, which were nominated by a panel of wine industry experts who partnered with 10Best editors. Grapevine Grill rang in at No. 7 in the winning list, joining wineries in California, Washington, Oregon, Texas, North Carolina and Minnesota.

(And lest seeing Minnesota and North Carolina on a list of wine destinations scares you, never fear: six of the top ten are on the West Coast. Which, of course, they should be.)

Yet that description only begins to capture the menu at Grapevine Grill. You can get a grasp of the starters, salads, flatbreads entrees and desserts available with a look at the lunch and dinner menus, which change depending on the season and product availability.

As for Chef Beasley, his ties to St. Louis are strong. As the Chaumette website explains, Beasley's resume includes roles as executive chef at Pairings Bistro and the Hilton at the Ballpark, as well as a corporate chef at Charlie Gitto's. He has also worked for big-name chefs Bill Cardwell and Rex Hale.

Want to try the Grapevine Grill for yourself? Reservations are highly recommended. You can place them by calling 573-747-1000. 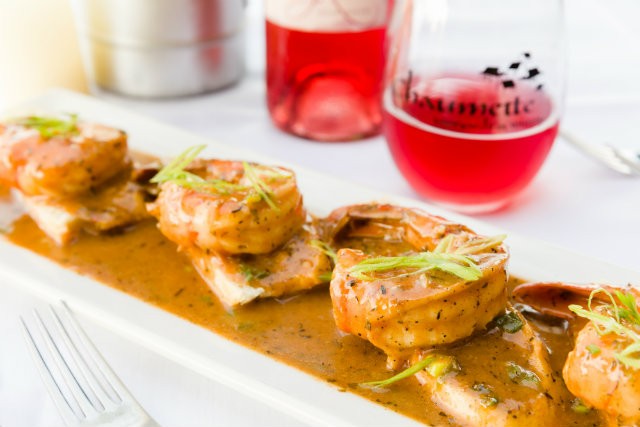