Irie Eats Brings a Taste of Jamaica to University City — and Now, a Full Bar

When you walk through the door of Irie Eats Jamaican Restaurant (8428 Olive Blvd., University City; 314-395-8821), don't be surprised if a feeling comes over you like you've just taken a vacation. The relaxed vibe is so welcoming, from the front door to your table, that it makes it easy to leave your worries outside.

The restaurant has been in U. City for about two years but closed approximately six months ago for remodeling. Owner Carlton Brackett wanted to offer a fresh feeling so patrons felt more at home; the restaurant also acquired a full liquor license. Doors finally re-opened last month.

Brackett came to America some years ago to make a better life for his family. What better way than a restaurant? “As beautiful as Jamaica is, it is also very hard to make money there," he says. Today Irie Eats is something of a family business. Brackett’s daughter Latoy is on staff, and his brother Rohan also works as its chef. 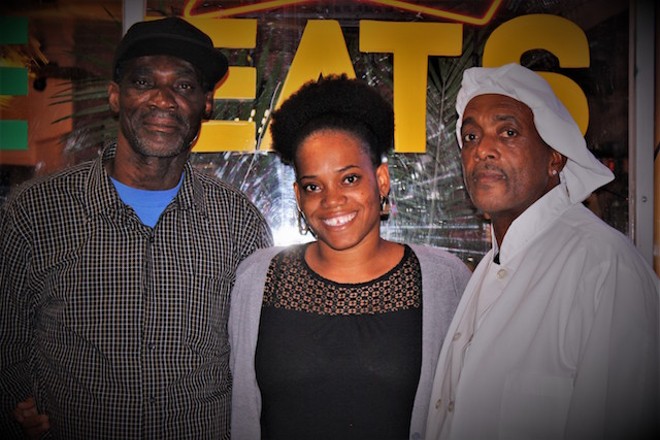 If you have never sampled Jamaican cuisine this is the place to do it; the restaurant offers offers traditional food, such as the jerk chicken, which is more smoky than flaming hot, with hints of cinnamon and nutmeg. Try a full meal, like ox tails with beans and rice, sautéed onions and fried plantains. Or taste smaller bites like the beef patty, which is reminiscent of a turnover but filled with minced meat wrapped in a from-scratch pastry shell.

The portions are generous, and you can wash them down at the bar, which offers ample pours on well drinks and the house special "rum punch," a fruity blend of Jamaican spiced rums and juices. The recipe is a family secret, but it won't be giving anything away to say you'll need an Uber after drinking one.

The place has a capacity of just about 40 seats, but it still manages to feel like a roomy lounge, with a host of the owner's fellow islanders stopping in at the end of the night. Irie Eats is also equipped with a Touch Tunes jukebox in case you want to jam out to Bob Marley while playing darts with your friends.

Irie Eats offers dine in, carry out and delivery options. It's closed Wednesdays but open every other day beginning at 10 a.m. It's open 'til 11 p.m. every night except Friday and Saturday, when it closes at 1 a.m.

Happy hour runs from Monday through Thursday, 3 to 6 p.m.; catering is also available. Scroll down for more photos of Irie Eats. 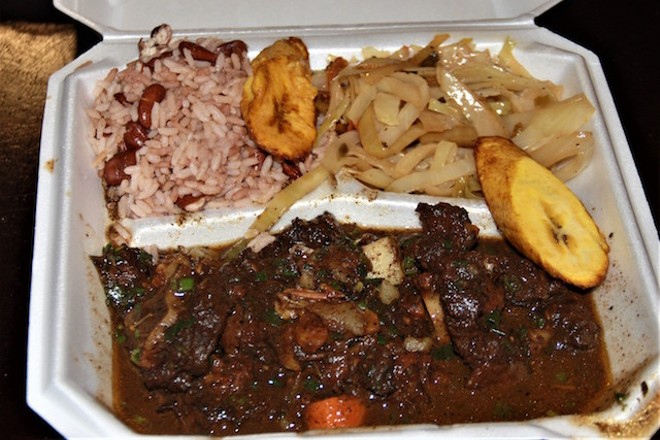