Eat-Rite Diner Is Closed — For Now 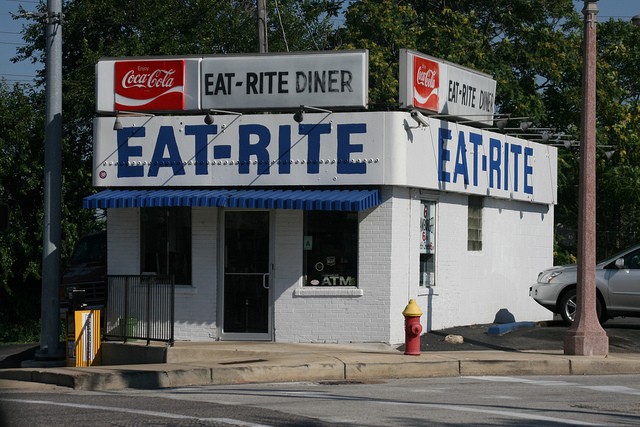 The future is uncertain for one of St. Louis' favorite diners.

Eat-Rite Diner (622 Chouteau Ave.) is closed right now due to mechanical problems with the exhaust fan, owner L.B. Powers told the St. Louis Post-Dispatch  Tuesday afternoon. But what appears to be a temporary issue may lead to permanent consequences: Powers also isn't sure if Eat-Rite will reopen.

Regardless of Eat-Rite's ultimate fate, Powers says the diner will be closed for at least two weeks.

This isn't the first time St. Louisans have feared a closure. Back in July, obituaries for the beloved spot went viral, with one Facebook post plainly stating Eat-Rite was closing at the end of September.

At the time, co-owner Dorcus Powers confirmed with RFT that Eat-Rite had no plans to close any time soon.

However, she also noted that she and her husband are aging — and that they fear, since the building has been grandfathered in on some city codes, that they will not be able to sell the business.

"We're old," says Powers simply. "We should sell. But we don't think we can sell. And we don't know when we'll get too disabled, or too old to carry on."

The building is believed to have been built in the 1930s. The Powers acquired it in 1970.