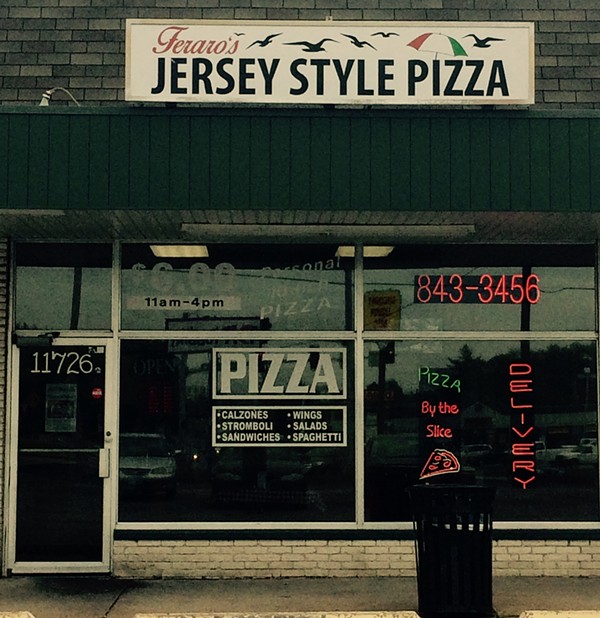 Earlier this week, Feraro's Jersey Style Pizza closed its location in the city's Patch neighborhood. But Ben Abel, Feraro's majority owner, says that not only is its south county sister thriving — but that the company is looking to expand.

"We're looking at a minimum of one new location next year, and then looking to see about opening more," he says. "We plan to move rapidly."

In a way, Abel says, the closure of the Ivory Street location is a blessing in disguise. Before, the company had two vastly different models using the same name. The Feraro's in Patch was a dine-in setup, complete with a full bar. The Feraro's in Sappington — located at 11726 Baptist Church Road in an unincorporated part of south county — is mostly a carryout operation, with pizza by the slice or for delivery. There are a few tables, but it's not a place you'd linger.

The difference between the two concepts led to some confusion, Abel says. "Now we'll be standardizing the model we're using in south county so we can recreate it," he says.

Unfortunately for city-dwelling lovers of New Jersey-style pizza, that recreation will be happening in the county, Abel says. He's eyeing an expansion that moves westward from Sappington, not into the city.

Still, if you have a dream for a turn-key restaurant in deep south city, Abel notes that Red Brick Management will soon be putting a lovely storefront in the heart of Patch on the rental market. The 2,885-square-foot space that previously held Feraro's is close to the Ivory Theatre and Stacked Burger Bar, and includes office space upstairs.

"It's a really neat space for somebody who has an idea, but not the funds to do a buildout," he says of Feraro's former home. "It's a good opportunity for someone who has a dream."