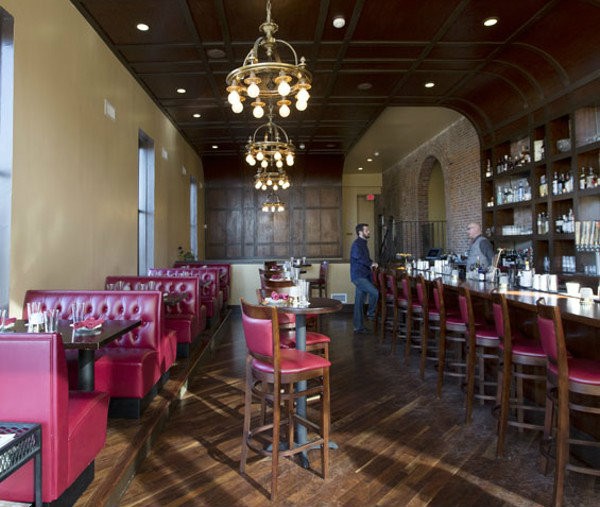 At least eight south St. Louis bars and restaurants have suffered early-morning break-ins in the last month — although police caution they are not sure if the incidents are related.

The burglaries have largely taken place between 3 a.m. and 6 a.m., in an area of the city stretching from Lafayette Square to Midtown to the Central West End and the area near Tower Grove Park. All have involved forced entry — and in some cases, damage to doorways and frames as intruders have battered their way in. In other cases, police say, the burglars removed air-conditioning units to slide in through windows or smashed glass doors to gain entry.

In most cases, the burglars have taken cash. But at Gustine Market, they helped themselves to quantities of cigarettes. A safe and a laptop were stolen from 4 Hands Brewery, police say.

The string of incidents has business owners comparing notes — and has at least one restaurant that hasn't yet been a victim deciding to invest in a security system.

Fred Hessel, a co-owner of the Tick Tock Tavern in Tower Grove East and Eat Sandwiches in Tower Grove South, has twice been a victim. Police confirm that Eat Sandwiches was hit around 4:30 a.m. on September 24. Just three days later, at 5:49 a.m., intruders who broke into Steve's Hot Dogs then busted through a dead-bolted door connecting that business to Tick Tock Tavern. In both cases, Hessel says, he or his partners awoke to a call from their alarm company.

Hessel says the burglaries were jarring.

"We're not high volume, but we're high quality," he says. "It's a pretty thin profit margin. So, it's dispiriting, I'll say that. Still, at the same time, that's part of being a small business owner. Stiff upper lip and all that."

Ted Charak is a co-owner of Planter's House, which was also hit. On September 1, police say, a patio door was pried open and thieves ransacked an office.

"We have a security system," Charak says. "But they were in and out in five minutes." Still, he says, the alarm going off must have helped: "There was so much stuff they could have taken but didn't." Charak believes the culprits must have been people looking for drug money — "all they really care about is their next fix."

Both Charak and Hessel say the burglaries were the first to affect their establishments in all their years of business.