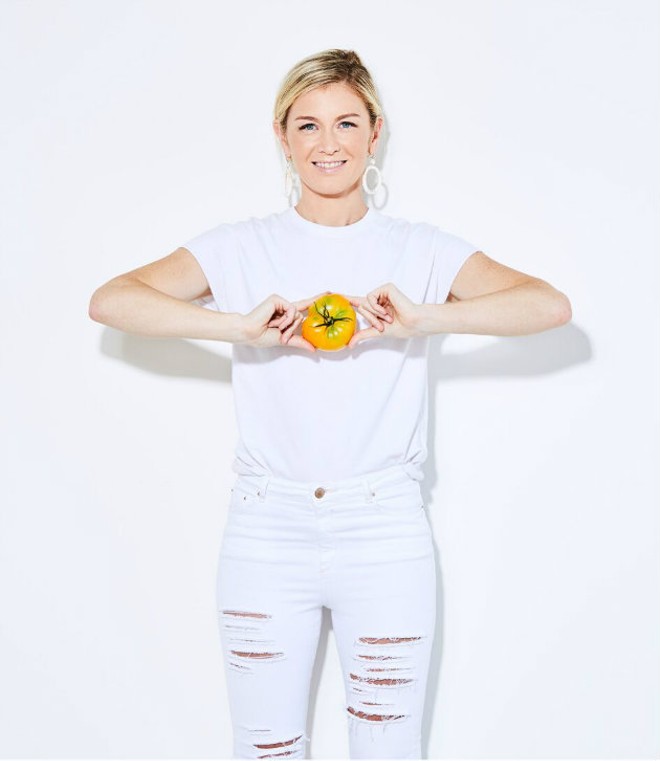 In retrospect, dropping out of high school at fourteen and getting a job in a restaurant doesn't seem like such a bad idea. But Katie Lee-Collier admits not everyone has approved of her path.

"Not finishing high school and then not going to college was definitely hard for people to process," Lee-Collier muses. "I think whenever someone wants to do something that is risky — that isn't just get a job and follow that path — people will be critical and suspicious and tell you that you can't do it. You just have to do what you have to do on your own and find people who believe in you."

These days, it's hard to see how anyone could lack faith in Lee-Collier. As co-founder of Katie's Pizza, Katie's Pizza & Pasta Osteria (two locations including 9568 Manchester Road, Rock Hill; 314-942-6555) and the meal delivery company Vero Pizza & Pasta, the chef and restaurateur has launched one successful concept after another, seemingly without missing a beat.

However, it wasn't that long ago that she was a teenager struggling to find her voice — literally.

"I was a really shy kid. I was almost totally mute," Lee-Collier explains. "My mom told me that she used to be the same way, and it helped her to work in restaurants to break out of her shell. I was so terrified at first that I couldn't even pour water for people."

Saying goodbye to high school, Lee-Collier took her mom's advice and got a job in the restaurant business, first at Crazy Bowls & Wraps and eventually at her aunt Zoe Robinson's restaurant, Zoe Pan Asian Cafe. As her fear of talking to people began to subside, Lee-Collier realized that she had a genuine knack for hospitality.

If working stateside instilled in Lee-Collier a passion for hospitality, her time in Florence, Italy, solidified her passion for the culinary arts. While visiting her mom, who was running a study abroad program in the Tuscan city, Lee-Collier was struck by the way food was integrated into every aspect of Italian culture. She began to experiment with cooking, observing how things were done in a restaurant setting and then go to the market, gather ingredients and try to replicate what she saw at home.

When she came back to St. Louis, Lee-Collier was on a mission to open a restaurant. She came up with a business plan for a risotto bar, but quickly realized that maybe she wasn't quite ready. "I was twenty, and I couldn't even get a liquor license," she laughs. "I found a place in the Loop east of Skinker and called the sign on the window and got pretty far along with it until I realized I needed money."

In the mean time, Lee-Collier began working with her father, who was an antiques dealer with a shop on Clayton Road. "It was a junk store, really quirky," she admits. "I kept trying to convince him that we should close the store and open a restaurant. He listened to me say that for years."

Eventually, Lee-Collier's father gave in, and the two shuttered the store and opened Katie's Pizza in the adjacent storefront the very same day. The learning curve was steep. "I figured that pizza was going to be my easiest entrance into the culinary world because it's just putting stuff on top of dough and baking it," she says. "It was a learning experience. We had to make our first Margherita pizza seven times before it was actually right. I didn't even know how to fold a pizza box and was still learning knife skills. It's amazing what you can teach yourself when you have to."

Word of mouth and some favorable press put Katie's Pizza on the map, but she acknowledges that it was a hard time in her life. After some personal struggles, she seriously wondered whether she — and the restaurant — would make it. Then she met the love of her life.

In Ted Collier, Lee-Collier found a partner not only in life but in business. As he listened to her share her vision for the restaurant of her dreams — something she had only begun to execute at Katie's Pizza — he could not help but being inspired.

"We were both in very low places in our lives," Lee-Collier says. "I had just gotten sober and was pretty fragile at the time. He had just lost everything in the real estate market. But he believed in me — someone who was living in a halfway house with no car and no money. I probably sounded like a crazy person saying I wanted to open another restaurant, but he was down on his luck too and wanted something better."

Lee-Collier decided to amicably part ways with Katie's Pizza, a business that bore her name but was solely owned by her father, in favor of finally developing and opening a concept of her own. To do that, she and Ted launched a Kickstarter campaign for what would become Katie's Pizza & Pasta Osteria in Rock Hill. When the doors opened, the pair were terrified that they would not be able to pay back their investors. That was 2013. Fast-forward to this summer, when they opened a second location because they were too busy to accommodate the crowds.

The success of Katie's Pizza & Pasta Osteria is something Lee-Collier does not take for granted. "We had some tough times on Clayton Road, but I'm grateful for that," she says. "This wasn't an instant success ever, but that allows you to be humble and look inside and try to be better. That's our motto: Innovate, improve and take what people say seriously. And you have to know that this is what you want to do — you can't do anything unless you totally believe in it."

Lee-Collier took a break from the kitchen to share her thoughts on the St. Louis dining scene, her passion for gelato, and why there may be a Hotel Katie's in the future.

What is one thing people don’t know about you that you wish they did?
I've been sober six and a half years.

What daily ritual is non-negotiable for you?
Thanking God for another day.

If you could have any superpower, what would it be?
Time travel. A superpower I would never want to have? Reading people's minds, haha.

What is the most positive thing in food, wine or cocktails that you’ve noticed in St. Louis over the past year?
Lots of great culinary events this year that have brought us all together, and Vicia.

What is something missing in the local food, wine or cocktail scene that you’d like to see?
My husband is 50 percent Ukrainian. I'd love to be able to take him to an an authentic Ukrainian restaurant. If there is one, let me know, STL!

Who is your St. Louis food crush?
Michael Gehman from Double Star Farms. He's a positive, inspiring, brilliant man who provides some of the best produce, dairy and eggs to St. Louis.

Who’s the one person to watch right now in the St. Louis dining scene?
Katie's Pizza & Pasta Osteria's chef de cuisine Jacob Sanderson. His work ethic, execution and desire to learn more and be better is unmatched. I can't wait to see what evolves.

Which ingredient is most representative of your personality?
Serrano pepper!

If you weren’t working in the restaurant business, what would you be doing?
Building something. I love building concepts, spaces and teams. I've always wanted to build a hotel.

What is your after-work hangout?
Haha! The couch.

What’s your food or beverage guilty pleasure?
Mint chip or coconut Talenti Gelato — almost every night when I get home.

What would be your last meal on earth?
A reuben.