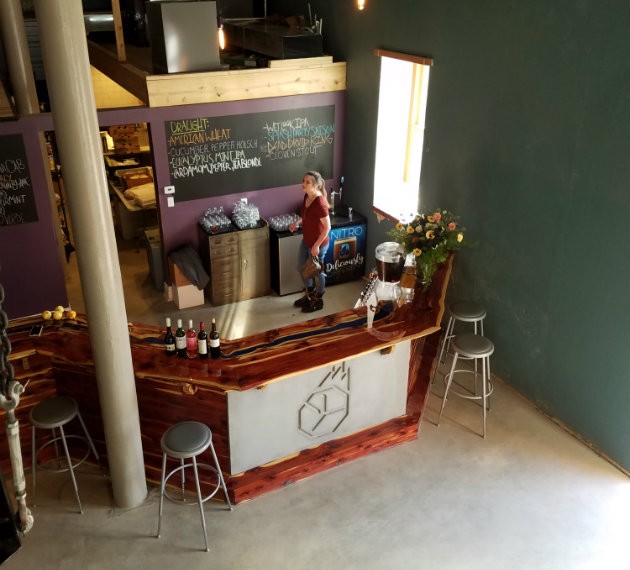 If you'd asked Stuart Keating about timing when he first announced Earthbound Beer's expansion back in September 2015, he would have said that St. Louis beer drinkers would be able to enjoy the company's new home by the summer of 2016.

But that day came and went, along with every other projected opening date Keating and his team at Earthbound projected for its new space, the former Cherokee Street Brewing Co. stock house.

Now, after two years, countless delays and the expenditure of exorbitant sums of money and energy, Keating, Rebecca Schranz and Jeff Siddons are preparing to open the doors of the new Earthbound Beer this Saturday at noon.

"We projected the project to take about ten months, but we ran into all sorts of things that we didn't expect," Keating explains. "The building is 150 years old, so nothing was up to code. We had to go through four-foot masonry walls just to put in doorways."

Keating, Schranz and Siddons were set on using the space, located just down the street from the original Earthbound Beer at 2724 Cherokee Street. For years, the historic building has sat underutilized, a remnant of the city's vibrant pre-Prohibition beer scene. The opportunity to breathe new life into it by making it a part of St. Louis' craft beer renaissance was important to Keating and his team.

"We see what we've done with the building as an homage to St. Louis' cultural heritage," says Keating. "Here we were, able to repurpose an old brewery into a brewery again."

Renovations included rehabbing the building's massive basement, part of the underground network of caves that run through the neighborhood. "We didn't have any idea of how intensively we were going to use the basement, and having to prepare all of that was outstanding," Keating explains. "Moving all of that expensive heavy equipment — we have pictures of them hanging from a chain — was a terrifying ordeal."

The delays have been a bitter financial pill for the Earthbound team. Not only have they had to bear significant costs, but they have also had to make payments on equipment that they haven't been able to use yet. Still, Keating says the business had no choice but to take on the expansion.

"When we first opened, we did it on very little money because we wanted to see if we actually liked running a brewery," Keating says. "We figured we'd give it a test run for a year, but after three months we knew that we needed to get bigger because we couldn't keep up with demand."

As for the new digs, Keating says to expect the design and service philosophy that informed the original location to carry over to the new location, just on a much grander level.

"One of the underlying principles when we opened the first location was to put as much care and love into the taproom experience as we did into making the beer," says Keating. "We thought through all of the details, all the way down to the lighting above the stalls in the ladies room."

Keating describes the new Earthbound as being filled with natural light and emphasizing vertical space. Both north and west-facing windows fill the room with daylight. There is also a mezzanine in the middle of the building that is suspended by the ceiling from chains.

"We wanted the place to feel really weightless," Keating explains. "Also, we've created several different zones of engagement, so people can either have a private drink or be in a very public setting."

Though Keating and company had originally planned on doing Earthbound's food service themselves, they came to the realization that wasn't the best idea and instead tapped Chris Bork of Vista Ramen to take care of the edible offerings. "Chris Bork is a genius and we couldn't ask for a better restaurant partner," said Schranz in a statement announcing the partnership."

When asked about the future of Earthbound Beer, Keating could not be more excited to simply focus on the present.

"We're petrified and excited and we don't know what to expect," he says. "We've spent our entire existence as a brewery building a brewery, so we're really excited to not be focusing on expansion."