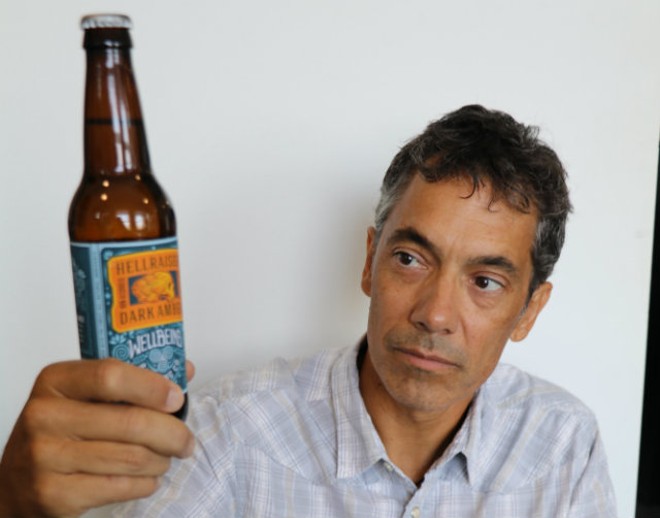 St. Louis is no stranger to beer or craft brews, but there’s one segment of the beer market in the U.S. that hasn’t been tapped into yet — non-alcoholic craft beer. City resident Jeff Stevens has founded WellBeing Brewing Company to fill this gap and will be working with O’Fallon Brewery to make it happen.

Stevens says, “I have been in the beer marketing industry for a really long time — for most of my career, as a creative director — and I don’t drink. I’ve always been a non-alcoholic beer connoisseur, but there’s really not much in the NA category. So I thought, ‘I’m going to do this.’”

After doing a lot of research and talking with other brewers, Stevens has decided to use a specialized piece of de-alcoholizing equipment from Germany to make the “Hellraiser” brown ale and the “Heavenly Body” golden wheat, Wellbeing’s first offerings.

Both will likely be low-calorie, but feature the rich flavors that are synonymous with craft beer. That will be new to the area — and, for the most part, something new in the U.S.

Going to O'Fallon Brewery for help with the brewing part was an easy call, Steven says. He references founder Jim Gorczyca as a big reason.

“Jim was the first person I thought of when I was thinking, 'Who should I call to see if this is possible?'” says Stevens of Gorczyca. The two formed a profit-sharing agreement that allows Stevens to tap into O'Fallon's expertise and, importantly, its operations and distribution network.

Wellbeing’s beers will be available at O’Fallon Brewery, and Fields Foods, by January 2018. Stevens hopes to attract customers who have good taste and like to have a good time, but don’t want the other effects of alcohol. That might include everyone from pregnant women to health fanatics to sober drivers.

The non-alcoholic beer market is one of the fastest-growing segments in Europe, and Stevens hopes that this latest innovation in beer brewing will flourish as well as previous ones have in St. Louis.

The Hellraiser and Heavenly Body ales will be available by January 2018. But Wellbeing plans to premiere a taste at various events in October, and then tweak the recipe from there if need be — so keep an eye out for a chance to weigh in on what could be a groundbreaking product.