The Cut Brings Sausages and Sides to the Fortune Teller Bar 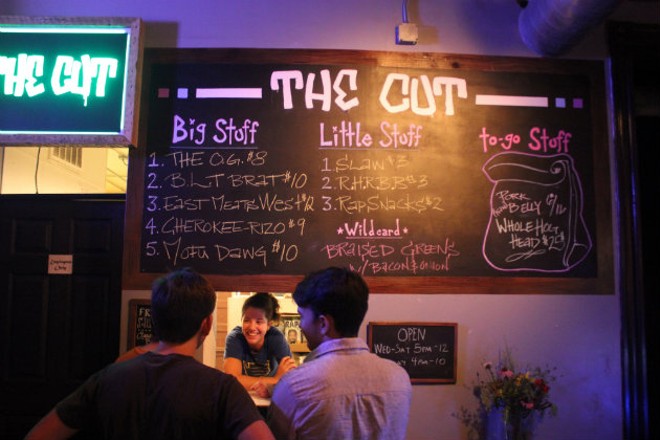 "I imagined opening my own thing two to five years down the road, so I decided to put out some feelers to people I know who have opened their own restaurants," Ellis says. "Then I met up with Bob and he asked me how serious I was. I said, 'Um, I don't know, are you going to hold my hand through it all?'"

"Bob" is none other than Bob Brazell, owner of the fried chicken spot Byrd & Barrel, as well as Dogtown's Tamm Avenue Grill. As the chef behind one of the Cherokee Street neighborhood's most popular restaurants, Brazell had his finger on the pulse of the district and knew that the owners of the Fortune Teller Bar were looking for someone to take over its food service after the Little Dipper sandwich shop pulled out in late July.

A rising star chef who's worked at Quincy Street Bistro, Bolyard's and Kounter Kulture, Ellis had a few different ideas for a restaurant concept, but the Fortune Teller Bar's sparse kitchen infrastructure helped her hone her ideas into what would become the Cut.

"The place dictated what I decided to do. It's a small place, there's not a lot of room and there's no hood system or gas, which means you can't really do fried foods," Ellis explains. "I took that and decided to draw from my background. I really like to break down whole animals and got the opportunity to do so at a few of my last job, so the idea of sausages just made sense."

Ellis has translated that love of whole animal butchery into the five different sausages that make up the Cut's menu. All are made in-house, as are as many of the accoutrements as possible, including kimchi and sauerkraut. They include the "O.G.," a classically seasoned bratwurst with beer mustard and sauerkraut, and the "BLT Brat," topped with bacon, lettuce and tomato.

Side dishes at the Cut include hearty baked beans, slaw, Old Vienna's Rap Snacks chips and a rotating "Wild Card," such as braised greens with bacon and onions.

The Cut has been selling out — a sign that the area was ready for this style of accessible, whole animal cooking, Ellis says.

"I just really like this style of cooking — being able to see something whole and then break it down into something you eat," she explains. "Not that many people have that much of an interest in it, but I love it. I want to make it my niche."

The Cut is open Wednesday through Saturday from 5 p.m. to midnight. Scroll down for more photos. 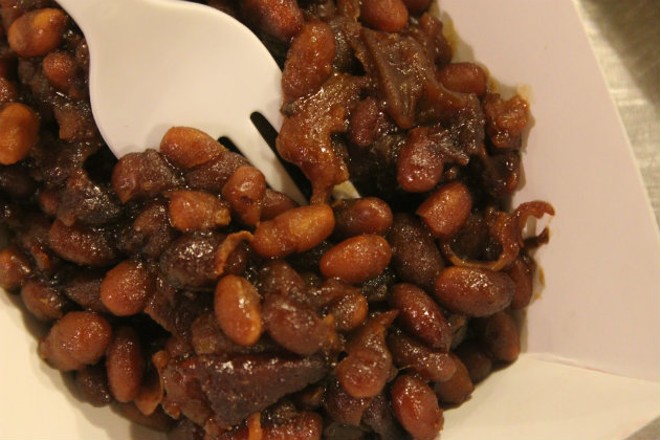 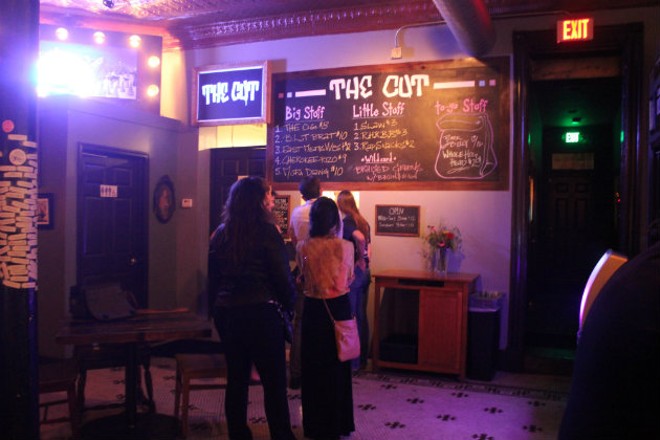