Crave Has Closed Its Doors 'Until Further Notice' 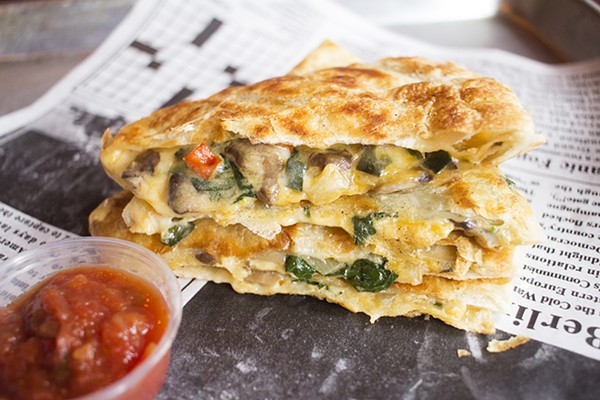 Crave (2605 Washington Avenue, 314-696-8480) has closed its doors, with a sign on the door saying the place is closed "until further notice." No additional information was given. On Friday, the restaurant's phone number rang without ever going to voice mail. By Monday, the phone number had been disconnected.

The fast-casual Midtown spot, which specialized in global street food, opened less than ten months ago in the space that previously held the Bee. It earned positive reviews from the RFT and other publications, which praised its "stoner food" and raved about the "phatada," a deep-fried burrito filled with striking flavor combinations.

With its appealing look and smartly packaged eats, Crave seemed designed for replication. But its sole location — on a somewhat barren stretch of Washington Avenue just a bit too far from both downtown and Urban Chestnut — may have proved a high hurdle.

We'll update this post if we hear more on the restaurant's future. For now, Crave's Facebook page offers no clue about its future, and whether the closing is temporary or permanent. In fact, one of its most recent posts, in July, seeks new kitchen staff.