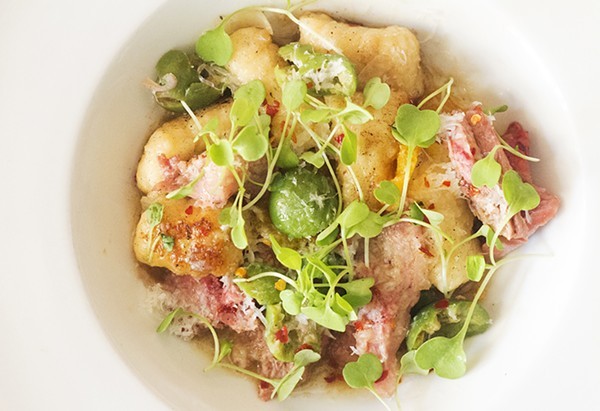 August was a relatively quiet month in the St. Louis restaurant scene — with perhaps the biggest news of the month something that hasn't happened quite yet. Randolfi's, widely acclaimed as one of the city's best restaurants, announced it will be closing its doors after dinner service on September 9. Make your reservations while you can!

Other sad news involved the sudden closure of Howards in Soulard, a low-key neighborhood bar that seemed to be with us all too short a time, and the departure of Iron Barley, which closed its doors in Carondelet after years of crushing it. The diner will reopen in High Ridge.

The good news? The Grove now has a luxury dessert spot (SweetFixx opened at the very end of July). Soulard again has a great terrific bakery, with the Sweet Divine reopening after fire gutted the place. Katie's Pizza and Pasta, Jilly's and Taze Mediterranean Street Food all opened second outposts. Oh — and did we mention U. City now has a spot for New Mexican-style tacos? The good news, it turns out, is plenty good!