The new bar on the edge of downtown St. Louis doesn't have a lot of things a bar might be expected to have. Like a roof — or even a front door. But what the Bronson House (3201 Washington Avenue) lacks in amenities, it more than makes up for in ambience.

Take, for example, the lack of roof. Sure, an entirely al fresco operation might not be ideal on a rainy night (or a super muggy one). But as evening falls and a light breeze ruffles the air, being out under the stars feels positively romantic. Add a good band and the marvelous cocktails being prepared by the smart young bartenders under a lanai, and you've got one of the best places to drink anywhere.

The bar, which opened for the first time July 14, has an interesting back story. A construction contracting company, the Hicor Group, recently did a major renovation on the house on the corner of Washington and Compton and moved its headquarters inside. Built in 1885, the place was known as the Bronson house after its original owner, a dentist named George Bronson. 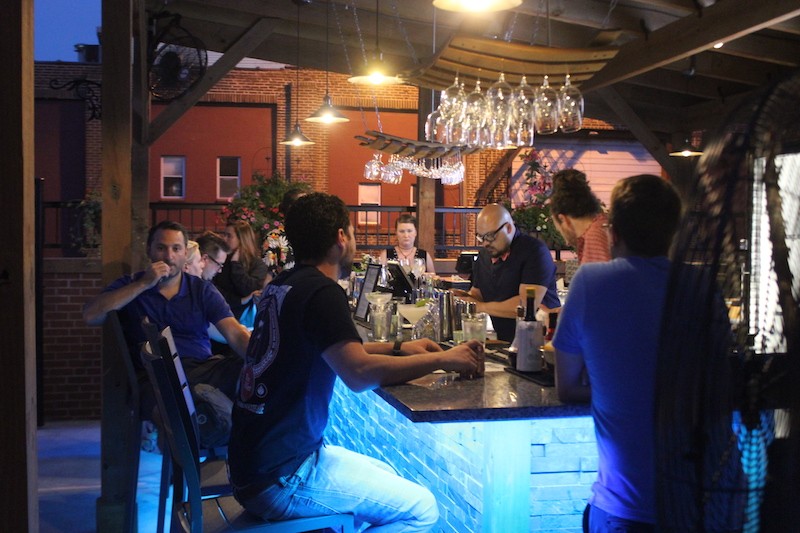 Back in its days as a dental office, the back garden was a stunning Japanese-inspired retreat. The remodel ended up turning the area into a patio with a covered bar and outdoor restrooms that makes for a terrific three-seasons space.

Hicor's parent company, which also owns the special event space next door, Barnett on Washington, saw the potential. They ended up partnering with Artisan Well, a bar consulting and event company owned by Noah Prince-Goldberg and Rob Somerscales, to open a new bar called Bronson House.

Prince-Goldberg and Somerscales are now also running Barnett on Washington. They see the two as companions. On evenings with inclement weather, Prince-Goldberg says, they intend to operate the Bronson House inside the event space — so long, of course, as there is no wedding or other event on site. The two spaces also share a smoking section, a striking area with a firepit that you can glimpse through an iron gate along Washington. (The main entrance to the Bronson House is on Compton Avenue, behind the building.) 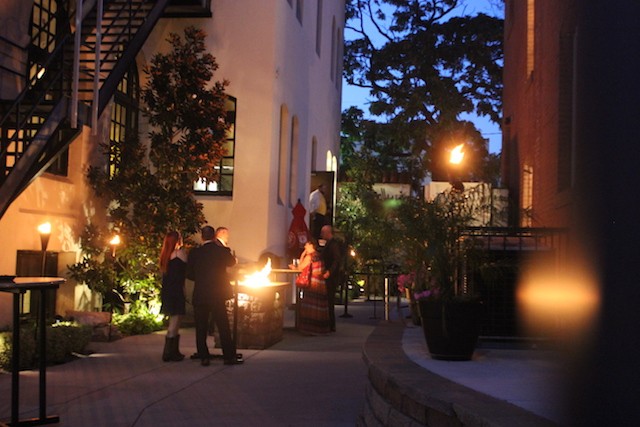 The space does have its limitations. No real kitchen means the food menu is quite limited, with just four appetizers on offer (currently including a poke plate, skewers and beef carpaccio). And weather is always, always going to be a factor.

"There are a ton of challenges with doing an outdoor bar like this," Prince-Goldberg acknowledges. "But it's also an awesome opportunity."

On the challenge side, you can count its second weekend in business: Bronson House had a super-soft opening its first weekend, and was getting ready for more customers on the second when the mercury hit 108 degrees. "Yeah, that second weekend was slow," Prince-Goldberg says, laughing.

But the young partners consider those quiet first weekends a blessing in disguise. The whole thing happened so quickly for them — "it was a total roller coaster," Prince-Goldberg says — that having time to get the hang of things has been good. Now that they're starting to get busy, they feel ready for it.

For now, the Bronson House is open just three nights a week, Thursday through Saturday, and not until 7 p.m., with service until midnight. They plan to start opening earlier in the day, and perhaps add additional days, come September. Live music is now on offer every night they're open.

Scroll down for more photos of Bronson House. 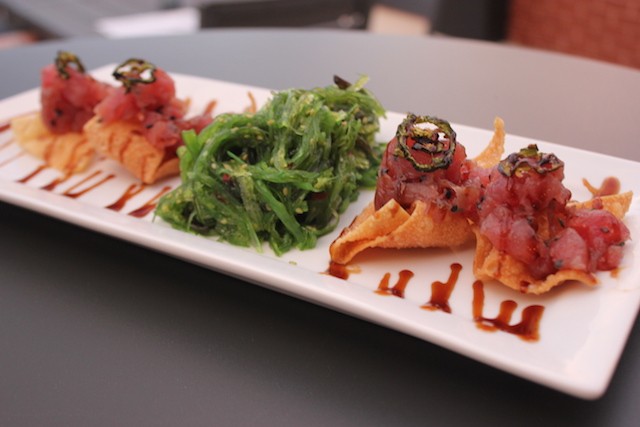 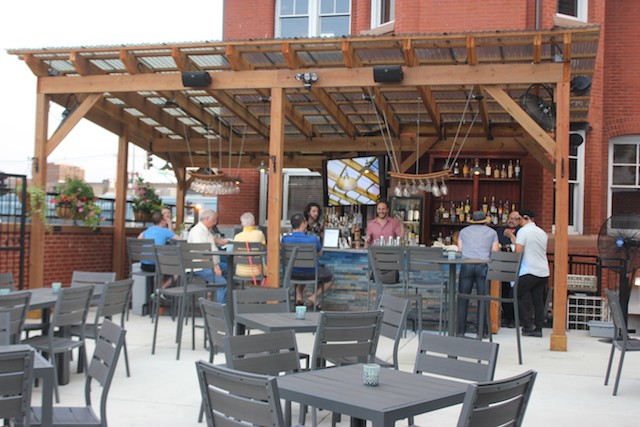 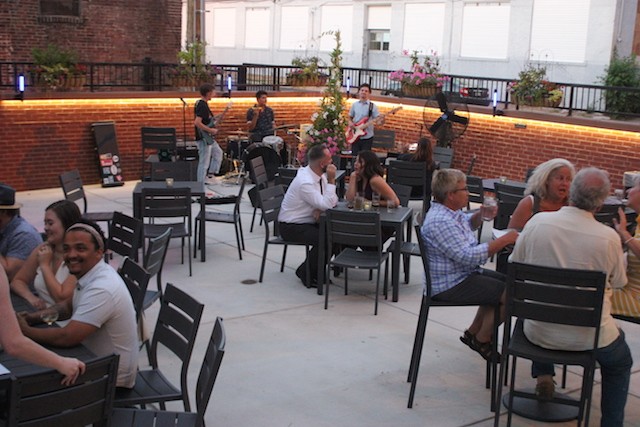 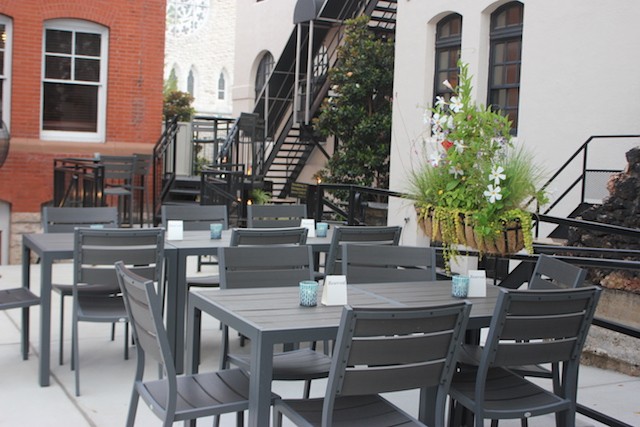