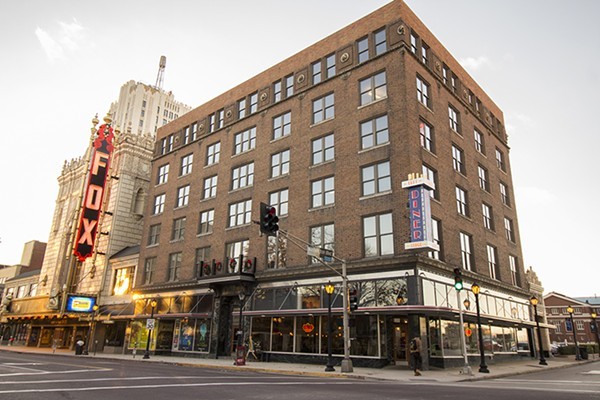 Located next to the Fox Theatre, the bright faux-diner has been a regular stop for theater-goers in Grand Center for years, first as City Diner, and as Stage Left Diner.

But on July 31, owner Steve Smith announced on Facebook he was calling it quits, effective immediately.

As RFT critic Cheryl Baehr reported, the September 2016 reboot was an attempt to solve some problems with City Diner, the second outpost of a concept with separate ownership on South Grand:

[C]onsultant Brad Beracha ... told me that owner Steve Smith had opted for a new concept because the old City Diner had earned poor marks from its customers and lost the confidence of the neighborhood. Smith called upon Beracha to reimagine the greasy spoon as an elevated comfort food spot.

One of the biggest complaints about the previous incarnation, Beracha explained, was the service. He and Smith made improving the restaurant's hospitality the focal point of the rebrand, instilling a cultural change in the staff to try to win back displeased guests.

But Baehr, for one, wasn't won over. She called its appearance "stunning," but said the menu overhaul left much to be desired:


[T]here wasn't much about the food at Stage Left Diner that left me with a pleasant taste in my mouth. And that's a shame that goes far beyond the effort its owners put into the reboot.

Grand Center is a prominent jewel in this city's crown, and the Fox Theater is a national treasure. Restaurants catering to this crowd should see it as an opportunity to raise their culinary offerings to the level such a theater district deserves, not phone it in because they have a captive audience. We deserve better. The Fox deserves better.

News of the closure was first broken by Feast Magazine. No word yet on what will come next for the space.