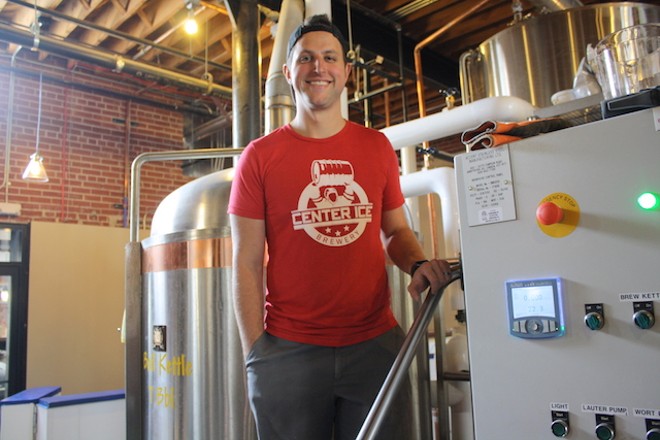 Center Ice Brewery (3126 Olive Street), the new hockey-themed brewery and bar that opens in Midtown this Friday, owes its life to a dream — and a one-year plan.

Local entrepreneur Steve Albers quit his job in bank management on July 3, 2015. He told his wife Olivia that he needed to start working full-time towards the goal of opening his own brewery. He made a deal with her: He would raise the capital, get the equipment and find a proper location in one year or go back to work.

It took the entire year, but Albers did it. And two years later, as he's ready to open the doors to the public, the wave of emotions could not feel any bigger.

Albers dreamed of owning a business since 2008, when he was a student at Webster University, participating in its entrepreneurship program and studying successful entrepreneurs like Gary Vaynerchuk.

Albers noticed that few breweries had a sports theme. Himself a hockey player and Blues fan, he sought to tap into that potential. He began home brewing in 2010, starting a garage-based brewing company called Hat Trick Brewing with two other partners. But it fizzled out a couple of years later; Albers says he wasn't able to deliver on the capital.

But even though Albers turned to banking, the thought of running his own brewery never left his head.

“I wanted to become an entrepreneur,” he says. “I love that word. Even that word makes me smile.”

He continued home brewing, putting a bar, ten taps and a ten-gallon system in his basement and brewing for two years. He brewed an estimated 100 recipes, even as he consulted experts at local titans Schlafly and Urban Chestnut to learn the trade. Then he started to look for investors.

Olivia Albers, an occupational therapist, says she never doubted him. “I always knew he would make it one way or another, I just didn’t know at what cost," she says. "He’s a very persistent person.”

Albers credits his wife with making sacrifices along the way to ensure that he would meet his goal.

“I couldn’t have done this without her,” Albers says.

Albers looked at more than 100 venues, nearly landing in Chesterfield, even as the clock ticked. He was three months from his deadline and still without a location — and with a second child on the way — when he found the building on Olive.

His life has been constant phone calls and texts, lots of construction and long hours each day since to get his dream up and running.

“When you’re an entrepreneur, you’re brewing beer, you’re cleaning toilets, you’re drawing up blueprints with your architects, you do everything,” Albers says.

Albers is going for an authentic experience for both craft beer enthusiasts and the hockey-loving community. The bar top, bar wall and tabletops are all made from wood salvaged from the old St. Louis Arena. The other walls in the tasting room hold art pieces from various local artists that Albers will be selling. Starting out, the brewery will feature ten rotating taps. Albers hopes to expand to twenty in the future.

The room that houses the seven-barrel brewing system serves more than one function. In the very corner of the room is a constructed “penalty box” featuring an original door from the old arena where guests can get their photo taken and an area for private functions such as birthdays and corporate meetings, complete with its own rotating taps.

Center Ice won't serve food, but guests are welcome to bring in takeout from outside providers.

“His passion is so radiant that it spreads to everyone around him,” Olivarri says. “He makes great craft beer, he’s super-knowledgeable, and he’s super-personable.”

Many factors could have held Albers back from pursuing the project and going back into banking. But he never wavered because, for him, the brewery was not a “want.”

Center Ice Brewery’s official opening will take place from 11 a.m. to 11 p.m. Friday, July 21 at the brewery’s location on 3126 Olive Street. Opening day will include live music, a live painting demo from Steven Walden, a ceremonial puck drop at 7 p.m. and a live radio show from 3 p.m. to 6 p.m. courtesy of Blues alum Cam Janssen.

Three banners will be hung from the rafters in memory of three important people in Steve’s life: Chase, a family friend’s young boy who was the inspiration for Steve’s charitable event The Frozen Cup, which raises awareness for autism, Blues alum Todd Ewen, and close friend Dion Penberthy. 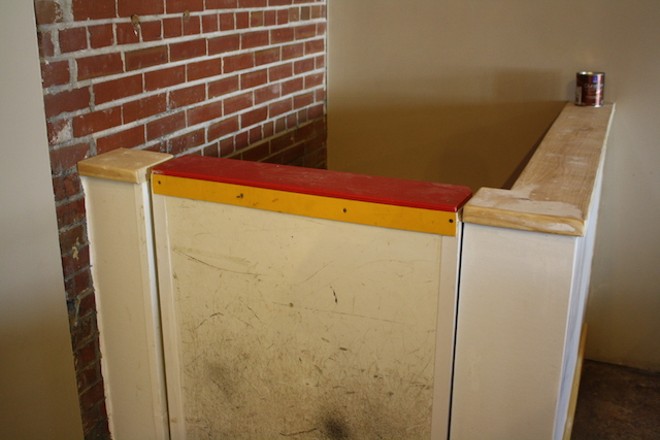 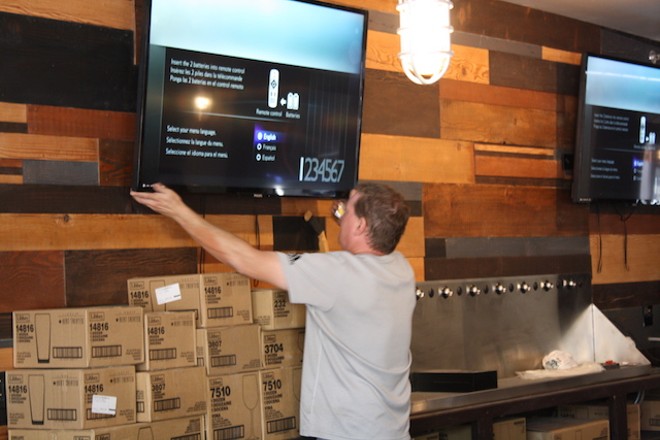 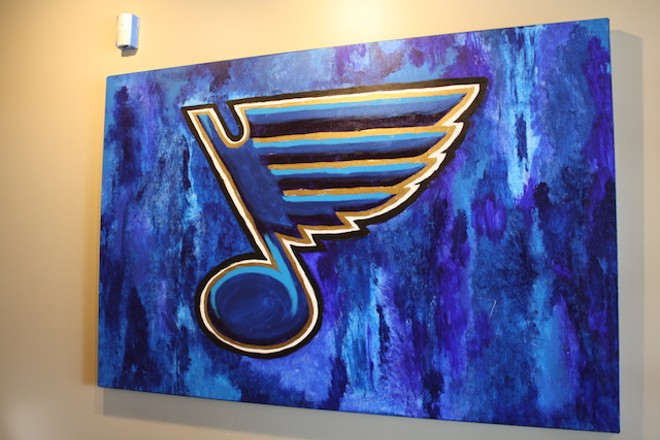 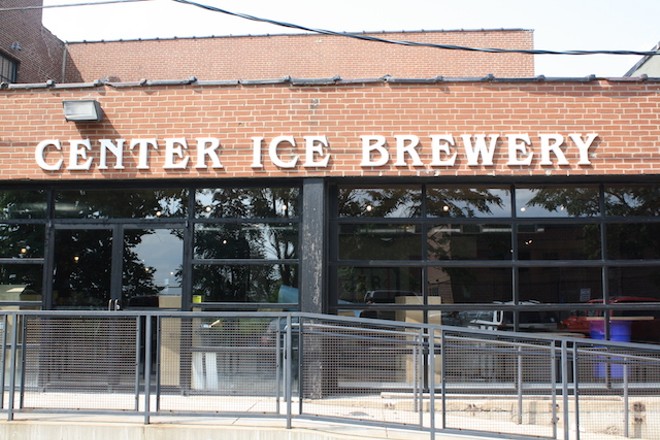