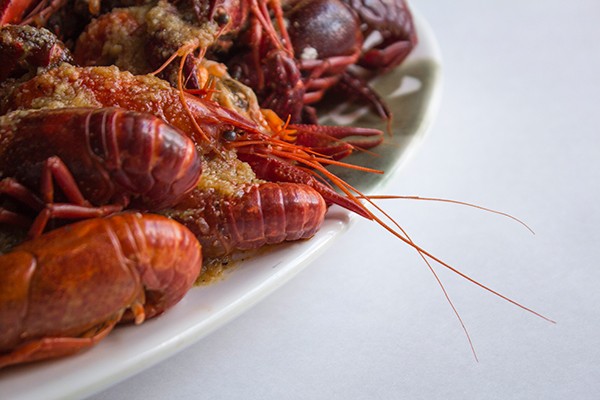 The new restaurant that opens today on Olive Boulevard will seem familiar to food lovers who live in Texas or California. But for St. Louis diners, it may be something new entirely.

Mad Crab (8080 Olive Boulevard, University City) focuses on seafood — simple, boiled fruits of the sea, as tasty and as spicy as you want it. Customers choose oyster, lobster, crab, shrimp (head on or head off!), crawfish, clams or mussels. Then they pick a flavor — options include "Rajun Cajun," lemon pepper, garlic sauce or a combination — and a spice level. The kitchen shakes it all up, then deposits it on your table, which is covered with paper. You dig in, no utensils necessary.

You can also incorporate corn, potatoes or rice, or order sausage if you're not into seafood. Or, if you're not feeling the whole boiled-by-the-pound option, you can choose from a variety of fried baskets — Cajun fries plus either fried catfish, fried shrimp or chicken tenders. Prices are reasonable ($9 to $11 for those baskets, and by-the-pound seafood starting as low as $6 for the crawfish option. Higher-end options, which include blue crab, Dungeness crab or King Crab legs, are priced seasonally; you'll need to ask your server. 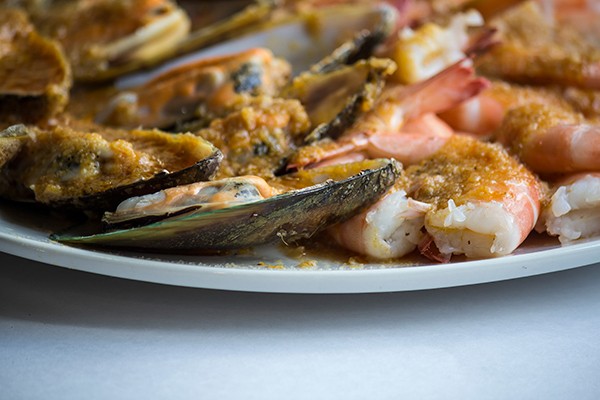 The place is the brainchild of Victor Ho, a Vietnamese immigrant who made his name in the nail supply business (his family owns Max Beauty Source, also on Olive). After his children were grown, Ho sold the beauty business to family members and moved to Dallas. But after seeing the seafood spots there, he knew he was on to something. He's now involved with the business from Dallas and will be flying regularly to St. Louis to assist; his brother Nam Ho will be the manager.

At heart a businessman, Victor Ho loves the simplicity of the concept. "We boil and put the sauce in, put it in a bag, shake it, pour it out on the table," he says. "No silverware. You don't need plates, because you have paper on the table. The way it's run is so easy."

And, he notes, quite popular. In Texas, he observes, "They stand in line to get in." He's confident the Mad Crab will have the same success. 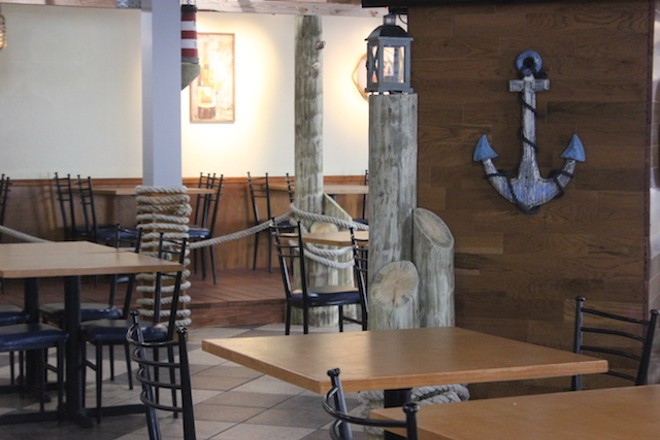 The business is located in the former home of Kim Son Vietnamese Bistro, which closed its doors in May after ten years of business. The Ho family moved quickly to give the space a new gloss, adding a host of nautical touches fitting its seafood theme. Wooden boards that evoke a weathered boat cover the back walls, while wooden posts give the feel of a dock on the Gulf of Mexico. In one corner, a net holds plastic representations of the sea's bounty.

Victor Ho says University City hustled to help them get open in just a few months' time, but there's still one thing they're waiting for — a liquor license. They are working to obtain one, and hope eventually to serve beer and wine.

Scroll down for more photos of the Mad Crab. 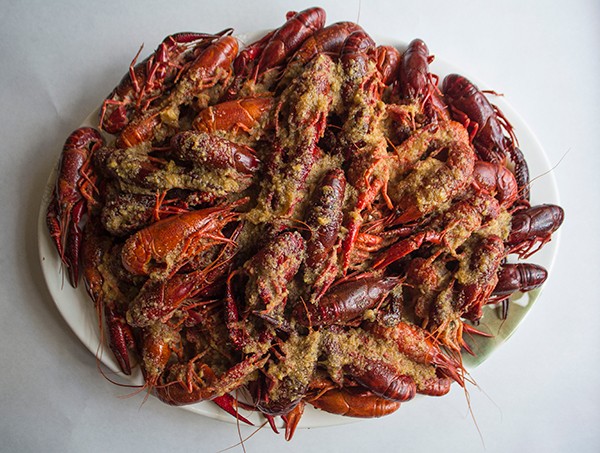