The Little Dipper Is Closing Down July 29 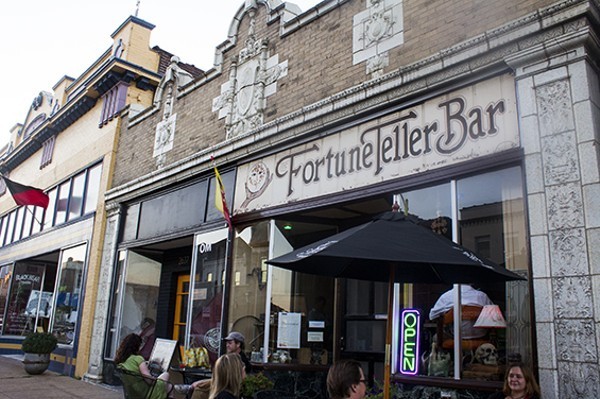 Almost exactly a year after it closed its standalone restaurant, the Little Dipper will be shuttering its service inside Cherokee's Fortune Teller Bar (2635 Cherokee Street).

But Matt Thenhaus, co-owner of Fortune Teller Bar, says that the bar is already in talks with other potential food partners. "We're sad that the Dipper is leaving," he says. "But having them here was the perfect setup for us, and we want to stick with that model going forward."

The sandwich shop moved into the neighborhood bar last November after a three-week overhaul of its kitchen. The idea was for each to do what it did best: "We just never knew much about running a kitchen profitably, but we know how to sell booze, so we're partnering with someone who can do what we can't," Thenhaus said in a press release at the time.


So the Little Dipper is refreshed and back after vacay. We will reopen tonight at 6pm.

With that being said, it truly crushes my soul to announce that the Dip will officially be closing on Saturday July 29th. I'm so very lucky that the food I have put my heart and soul behind was well received. The Dipper has definitly planted its feet on Cherokee as it's home and I wouldn't have wanted to be anywhere else. It's beyond that at this point though and even my life long dream of owning a restaurant can't keep us open. I'm so very grateful to my employees, along with The Fortune Teller Bar family for the amazing gift I had while it lasted. Along with so many other people.

I will be making an appreciation announcement closer to the close date but for now I can only say that this decision didn't come easily. There's a part of my heart that's a little broken. And probably always will be. But I'm the kind of person that looks to the positive at all times. And I feel a celebration is in order. I say we do this Irish Wake style. Eat, drink, dance and laugh the last 2 weeks away. Obviously I can't lose the product or money in keeping a full menu for the next 2 weeks. But what we've chosen to do instead is take a day, or two, to highlight each individual sandwich. We will also have the street menu available (chicken tacos, falafel tacos, frito pie, LD nachos and hummus). So today we start with a personal favorite that my grandma taught me how to make.... the Chicken Katsu. I will run that tonight until it's all gone. Come in tonight and grab one up!! Thank you Cherokee. It's been one hell of a run. Love, peace and chicken grease!!

The Little Dipper first opened in the tiny storefront on Cherokee that now houses Teatopia in 2015, and drew a big following and good reviews for its sandwiches.

When the shop was a little less than a year old, co-founder Jason Paul (who'd previously bought out his original partner) sold it to John Buehlhorn and Laura Sisul. They closed the storefront a bit less than a year later, only to reopen soon after inside the Fortune Teller Bar.

Thenhaus says the bar has no desire to go it alone without a food partner. "A good chunk of our business is coming from people looking for food," he says. "They come in looking for something to eat and end up grabbing a beer to go along with it." As the Little Dipper has had less regular hours in recent weeks, he says, the bar has definitely felt it.