David Dresner's Restaurant in Tower Grove South Will Have One Focus: Potstickers 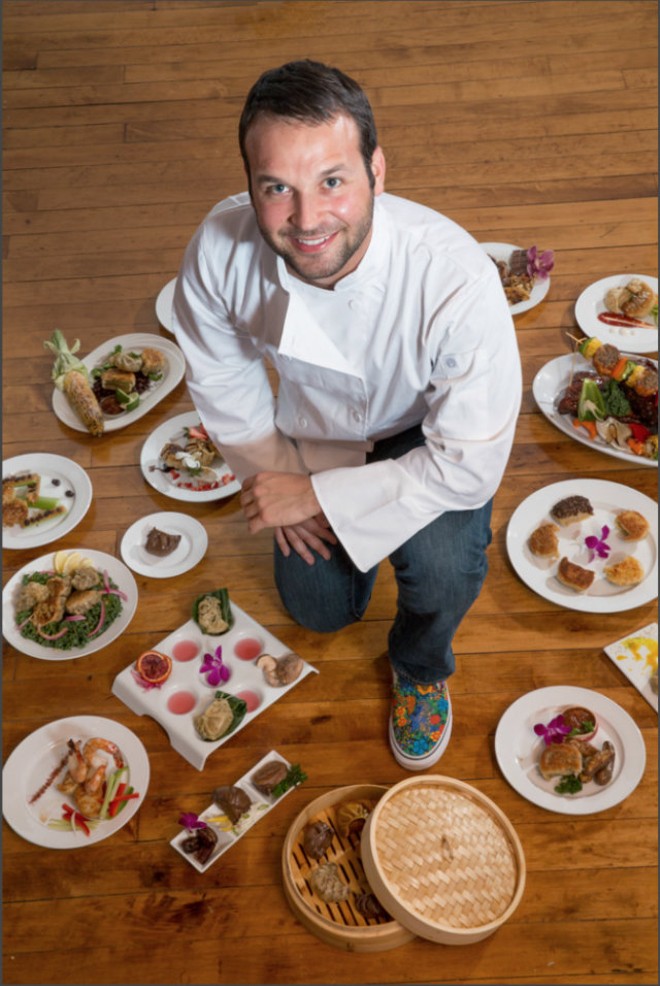 Dresner began brainstorming wacky potsticker recipes with his father and his Facebook friends. Thus prepared, he set out on his mission: to reinvent the classic dish.

Originally, Dresner just sought out to create a USDA-grade factory for manufacturing Crispy Edge, a wholesale potsticker line. But after buying a revamped community center at 4168 Juanita Street in Tower Grove South, Dresner decided to keep the factory intact while turning part of the facility into a new restaurant.

Between Dresner’s multiple declarations of love for the potsticker and his assurance that he’s “shining like a Care Bear shooting rainbow out of its belly,” you could say he’s pretty passionate about his product. Part of what he set out to do is right some of the frequent wrongs done to the appetizer.

“To me, the potsticker has not been given justice,” Dresner says. “What’s the most important part, what do people mess up the most? The crispy edge. It’s too soggy and some people deep-fry when it’s supposed to be pan-seared. That’s a disgrace to everything I believe in.” 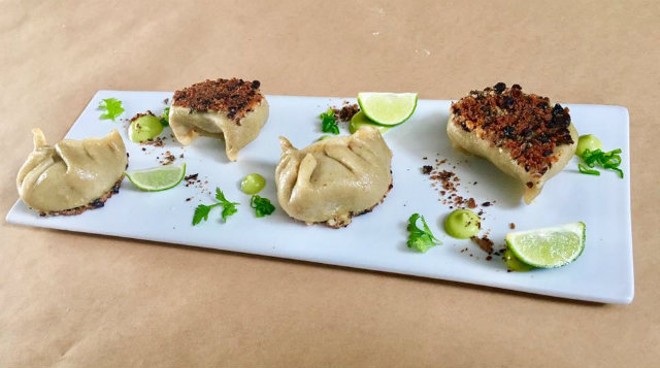 Dresner has worked to provide a plethora of quality potsticker recipes. On the menu: a Mediterranean potsticker with a dill dough, roasted chickpeas, a roasted edge, tzatziki sauce and fresh mint; a parsley dough "Fresh Frittata Potsticker" with roasted vegetables, fried butter and a potato edge; and a peanut butter and jelly potsticker with a Ruffles potato chip edge.

“My potstickers are funky. Every flavor and ethnic influence I’ve ever come across, I’m not afraid to wrap in a potsticker,” Dresner says. “We offer potstickers with very unique approaches and very simple approaches. As long as someone is willing to explore a fusion, I do think it lends itself to a very broad audience."

A Chicago native and graduate of Washington University, Dresner is also the CEO of Sleeve a Message, a sustainable coffee sleeve company. Though he's only 29, Dresser says that experience has helped him in his new role as a "restaurant-opener virgin.”

“Sleeve a Message taught me a great deal about manufacturing, and what I like is that it taught me my potstickers are just another product,” Dresner says. “The standard operating procedures of course are different, but what’s very familiar is my passion for the product.”

The new restaurant, which is as yet unnamed, is expected to seat 75. With indoor and outdoor seating, a private dining room, a large bar and cafe seating, the restaurant’s aesthetic is very important to the owner. Designed to make the potstickers “pop,” Dresner is utilizing warm lighting in a dark space. 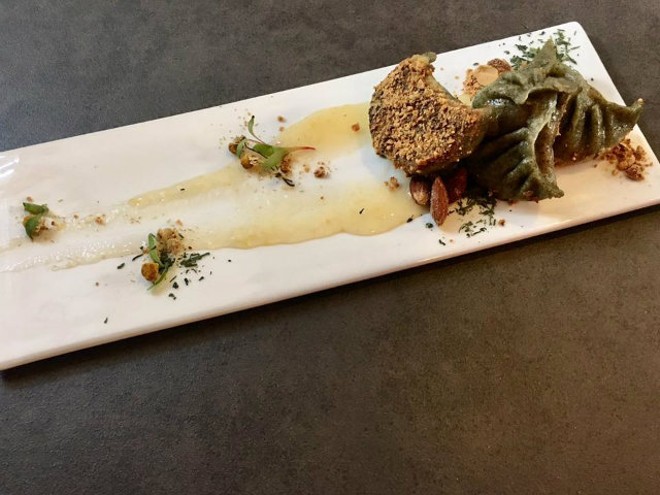 Though Dresner is still figuring out some details, he is considering opening the restaurant as a breakfast spot with an extensive coffee program. Still, Dresner mentioned recipes for breakfast, lunch, dinner and dessert potstickers.

“To be honest I'm new at the restaurant scene, but I’m prepared to find a model that works. This restaurant has a really flexible layout and I’ll be listening,” Dresner says. “To bring delicious gourmet potstickers to all the people throughout the land – that’s the mission.”

Dresner hopes to have the place open by October.