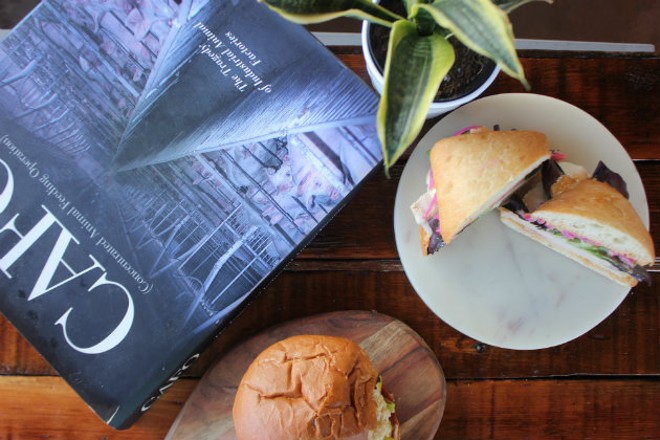 Since opening in late November 2014, Bolyard's Meat & Provisions (2810 Sutton Boulevard, Maplewood; 314-647-2567) has grown to become one of the brightest gems of the St. Louis food scene, serving the best meat you can buy out of a charming Maplewood storefront.

These days, however, it's not just what's in the case that is making customers salivate. Late last summer, owners Chris and Abby Bolyard quietly expanded their business to include a handful of daily sandwich specials and a seating area. Now, rather than waiting to get home to enjoy the butcher shop's wares, guests are invited to take a seat and relax with some of the city's best lunchtime offerings.

"On a weekly basis," Bolyard said last summer when he announced the expansion, "we get a handful of people who come in but see that we don't have seating and leave." The acclaimed butcher and graduate of the Culinary Institute of America explained that though sandwiches were not a part of the original idea for Bolyard's, they'd received such a positive reception for their weekly sandwich special that expanding their repertoire just made sense.

That positive reception has expanded as their menu has gotten larger. Currently, Bolyard's serves a rotating selection of four or five sandwiches on average, often using components from other local outfits such as Pastaria and Strange Donuts. Recent sandwiches include the "Southern Belle," or fried bologna topped with pimento cheese and chow chow on Companion bread. "The Dip," a French Dip style sandwich made with shaved roast beef, Swiss cheese, caramelized onions and served with a side of au jus, has been another popular offering that is in regular rotation.

Seating consists of three communal-style tables, each accommodating approximately eight people. Bolyard's also shares an outdoor patio area with its neighbor, the Living Room, and guests are welcome to sit at one of the umbrella-covered tables, weather permitting.

Though the heart and soul of Bolyard's remains its butcher shop, the sandwiches are one more example of Bolyard's foray into prepared offerings, including a weekly "Smoke Out" menu, a Tuesday roasted chicken special and its wildly popular lard biscuits, made with buttermilk from local, pasture-raised cows and house-rendered lard.

"We're going to stick with what we are doing and see how it goes," Bolyard said when he began the sandwich program. From what we can see, it's going mighty fine.

Click through for more photos of Bolyard's Meat & Provisions. 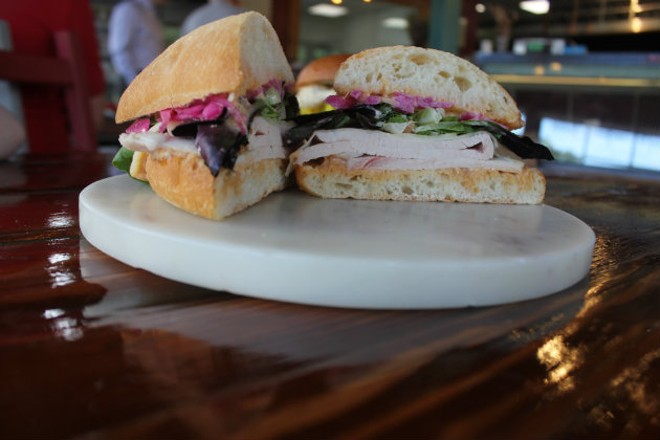 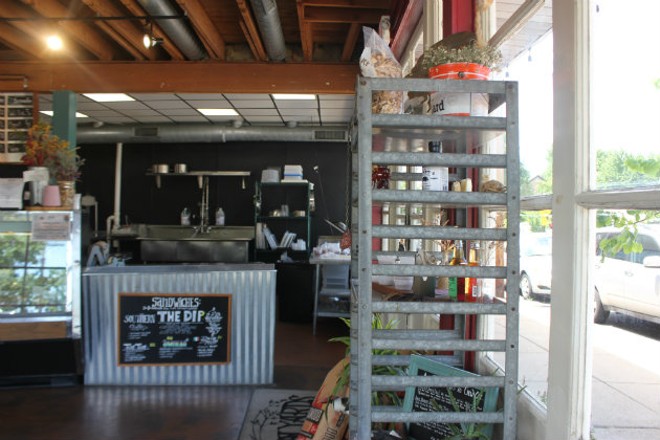