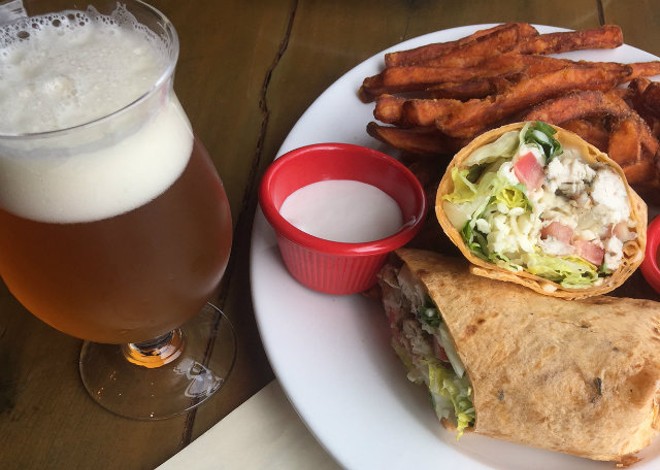 ​The owners of Third Wheel Brewing (4008 I-70 North Outer Road, St. Peters) came up with the name for their brand-new restaurant and brewpub in the same way most good ideas are discovered—over beer.

​"Someone mentioned third wheel," says co-owner Brad Wheeling. "And it all just clicked." ​The brand’s slogan, “bring a friend,” puts a positive spin on the idea of being a third wheel.

"It really encompasses what were about; community, community involvement/engagement, coming together, conversation and dialogue,” Spencer says. ​The owners are actually a quintet — Worendel and his wife Valerie, Wade and Erin Alberty, and Wheeling — who hired Spencer to be their head brewer. Third Wheel opened in early June with five brews she crafted in-house, along with a handful of guest draughts.

​So far, St. Peters residents are thrilled to have this type of brewpub in their area. ​“The biggest complaint I get is that my St. Louis city friends ask me, ‘Why the hell are you so far?’ joked Spencer. “But it’s been awesome. We couldn’t be happier.” 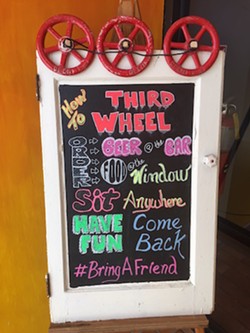 ​The Third Wheel Brewing storefront sits in a strip mall in between a Fastenal and Marcone appliance store. But don't let the odd neighbors fool you, on the inside, natural light illuminates the handmade wood bar, floors and stage for live music. Entertainment includes shuffleboard, a retro Ms. Pacman game, and a TouchTunes. A pool table was nixed over how many tables it would take away.

​Along with ordering beer from the center bar, customers may order food from "the Window" — an actual window into the kitchen run by Stephen and Scott Kline (former owners of the Italian chain Zito’s). The Kline brothers crafted the extensive menu of snacks, burgers, greens, sandwiches and wraps with chef Kevin Hummel.

​Popular items include deviled eggs, topped with apple butter and bacon, and the "Island Burger," which includes a grilled pineapple ring, provolone, bacon and teriyaki. The Window’s secret weapons, though, are the house-made sauces, which include the signature "Wheel"sauce, French onion, IPA pub mustard, parmesan-garlic and even marshmallow.

​Spencer’s biggest excitement about their almost 10,000 square-foot space is the opportunity to grow. Right now, both the brewpub and the back brewery and storage area are about 5,000 square feet — leaving plenty of room for more customers, more barrels and more good times with beer. 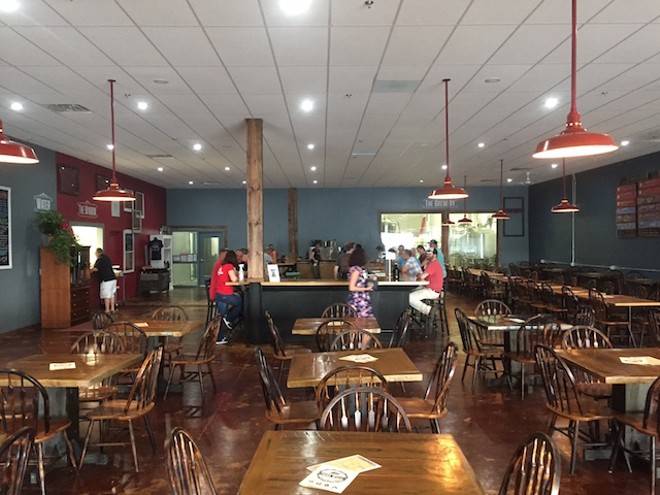 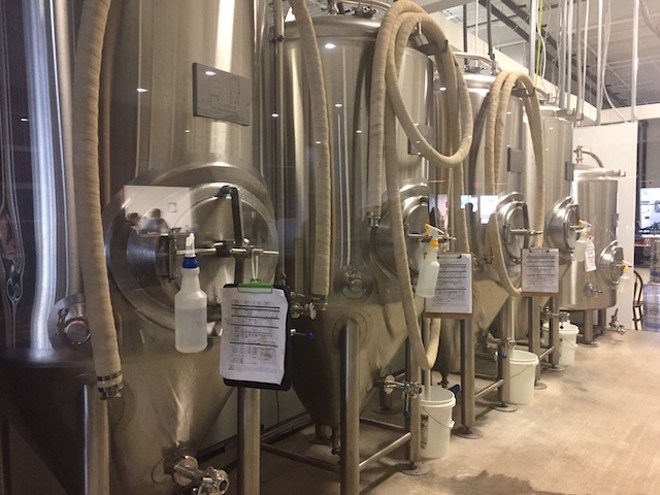