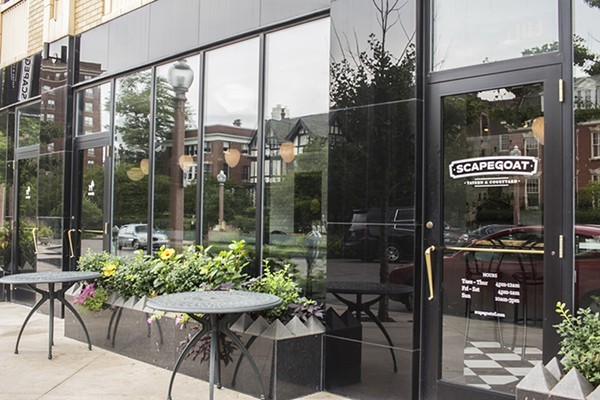 Scapegoat (52 Maryland Plaza) has hung up its horns.

The more casual baby sister to glamorous Scape opened its doors almost exactly a year ago, replacing Crepes Etc. in the heart of the Central West End. But this concept, too, was not to be — Scapegoat closed its doors for good on Monday.

Koplar Properties, which owns the space and had developed the Scapegoat concept, announced today that it already has a new tenant lined up: Bonobos. The men's online retailer will be opening its first St. Louis area retail location in the 1,400-square-foot space, a concept called Bonobos Guideshop.

The ten-year-old company, which is based in New York, promises "better-fitting, better-looking" menswear. Guys can visit Guideshops and get complimentary help from a "Guide," who takes their measurements and shows them the store's options. Two to five business days later, their clothes are shipped directly to their home.

The shop will complement another men's store set to make its St. Louis debut in Maryland Plaza, Suitsupply.

“Adding Bonobos to Maryland Plaza is a tremendous gain for the neighborhood,” Sam Koplar, president of Koplar Properties, said in a press release. “It will be situated among a unique mix of local and national retailers and helps us achieve our goal of returning Maryland Plaza to the top shopping destination in St. Louis. The Bonobos model is the future of retail, and we’re excited to welcome them to the neighborhood."

Renovations will begin in mid-June, Koplar said, with a grand opening later this year. Suitsupply, which is taking over the spot currently held by 10denza, hopes to be open by Christmas.