by Sarah Fenske and Cheryl Baehr 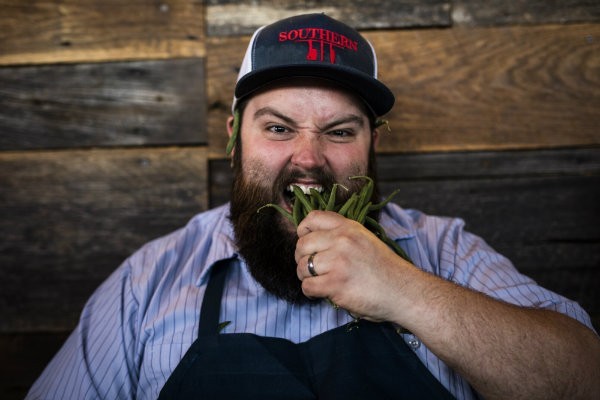 Rick Lewis, whose Nashville fried chicken spot Southern proved a smash hit in Midtown, is going out on his own.

Lewis announced this morning that he will be leaving Southern (3108 Olive Street) after a brief transition period to open a new restaurant at 4270 Manchester Avenue, the spot in the Grove most recently inhabited by Sweetie Pie's and (briefly) Sweet Times at the Mangrove. His partner in the venture will be his partner in life, wife Elisa Lewis​.

​ Elisa Lewis also has a restaurant pedigree; her parents own Quincy Street Bistro, the south city neighborhood spot where Rick Lewis originally made his name before going into business with Mike Emerson of Pappy’s Smokehouse.

“Before Southern and even before Quincy Street Bistro, Elisa and I worked together at Monarch,” says Lewis. “That’s really what built the foundation of a working relationship for us. It isn’t always sunshine and rainbows, but I’d rather spend my days working next to my wife than anyone else.”

Southern, which opened two years ago, in June 2015, was a joint partnership between Lewis and Emerson. The acclaimed hot chicken restaurant shares bathrooms and a hallway with the landmark barbecue spot.

In a press release, Lewis described his new restaurant​ ​as "a counter service concept with a touch of refinement." The space is 4,000 square feet and can seat up to 100 guests.

Lewis knows he has developed a reputation for fried chicken and soul food, thanks in no small part to Southern, and he doesn’t see himself drifting too far from that winning formula at the new restaurant.

“I don’t see myself totally recreating Rick Lewis and I don’t see us starting completely over from scratch,” Lewis explains. “We’re going to try really hard to one-up ourselves, though. It will be rustic, down-home cooking that we will execute as well as possible. Of course you can’t have Southern food or soul food without fried chicken, but we will be paying attention to several other dishes as well. We will change the menu about four times a year to reflect the seasons and will be doing more daily specials.”

Service is another way that the Lewis​ ​family's​ ​new concept will differentiate itself from their former venture. Though the restaurant will still be counter service, do not expect it to be fast-casual. A larger dining room and longer hours will invite guests to linger​, ​providing the time and space for things like Sunday family-style meals, brunch and beer collaborations.

“What we want to focus on is having you feel like you’re coming into Ricky Lewis’ house to be served, eat good food, have a good time and leave feeling valued,” Lewis explains.

Editor's note: This story was updated after publication to include remarks from Rick Lewis.